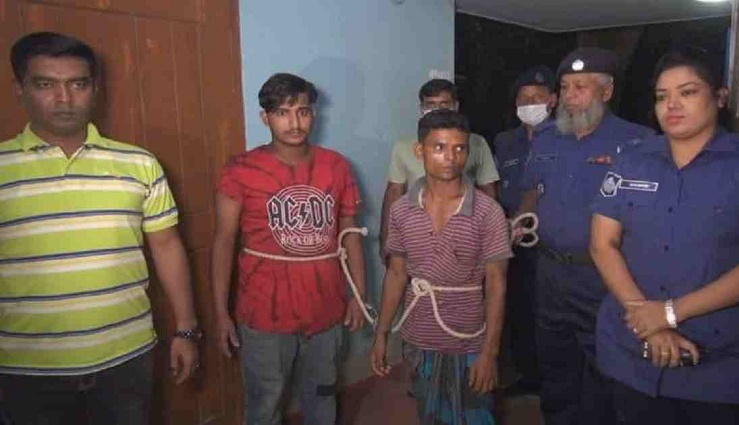 An indigenous girl has reportedly been violated by two men in BSCIC industrial area of Feni district town.

Adil Mahmud, officer-in-charge (operation) of Feni Model Police Station, said that a case was filed under the Women and Children Repression Prevention Vct l in this connection with the police Station.

According to the case statement, the 18-year old girl, hailing from Rangamati, came to Feni from her sister’s house in Chattogram on Sunday night to visit her friend.

After getting down from a bus, she hired a rickshaw around 11pm.

After moving different places, when the rickshaw puller  reached in front of a decoration shop in Dewanganj Muktar Bari area around 2am he raped the girl  there.

The rickshaw puller took her to Kathbella area near Salauddin intersection and left the place.

Then Chhotan took her to a shop on the side of the culvert on the road to Fatehpur near Dewanganj assuring her of sending to her friend’s house.Later, he raped her there.

When they reached BSCIC road, a patrol team of police obstructed them over suspicious movement.

During interrogation, the girl informed them about rape incidents.

Later, police detained Chhoton and took her to police station.

Following the statement of the victim, they also arrested the rickshaw puller.

Besides, the girl was sent to Feni General Hospital for medical test on Monday afternoon, said OC Alamgir Alam of the police station.