He was simply unstoppable 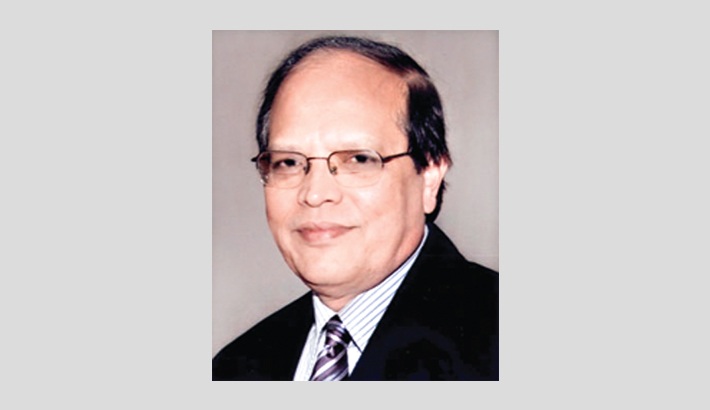 Following the military takeover of the Government of Pakistan, Awami League Secretary General Sheikh Mujib was arrested and brought to Dhaka central jail on 12 October 1958. On his arrival at the Dhaka Central Jail, he did not appear to be upset, said the jailer Waheduddin Ahmad Chaudhuri in a statement made on the same day, (Hasina, Sheikh, editor, ‘SECRET DOCUMENTS OF INTELLIGENCE BRANCH ON THE FATHER OF THE NATION BANGABANDHU SHEIKH MUJIBUR RAHMAN’, Volume-5, Hakkani Publishers, 2020, p.42).

Another intelligence report dated 25th October, 1960 said that according to Sheikh Mujibur Rahman and Manik Mia, “…the present administration has not been able to solve the problems of the country specially the economic problem as in their opinion the policy adopted by the administration was contrary to the solution of the problem. They said that the grip of West Pakistan over East Pakistan was still there. They also criticised the “Bonus System” which according to them gave opportunity to the West Pakistan capitalists to exploit the resources of East Pakistan and also to facilitate transfer of their wealth from here to West Pakistan.” (Hasina, Sheikh, editor, ‘SECRET DOCUMENTS OF INTELLIGENCE BRANCH ON THE FATHER OF THE NATION BANGABANDHU SHEIKH MUJIBUR RAHMAN’, Volume-6, Hakkani Publishers, 2020, p.197). It was also reported that he felt that East Pakistanis would not tolerate this rule of West Pakistanis over them forever (ibid, p.199).

As we read through the sixth volume of the Secret Documents of the Intelligence Branch, it becomes evident that Sheikh Mujib continued to keep in touch with his political associates and intended to resume politics when the circumstances became more favourable. A report registered on 23rd February 1960 said that Sheikh Mujibur Rahman was “trying to regain his position amongst the students” after he commented on the observation of Martyr’s Day by students (ibid, p.27). He was also seen collecting funds for observing the Martyr’s Day in 1961 (ibid, p.269). In March, he was appointed as Controller of Agencies of Alpha Insurance Company. Mujib notified the IB authorities that he would be travelling to Narayanganj regularly and other branches outside Dhaka as his position in the company required him to do so. This was also interpreted by the intelligence officers as a ploy to deceive them. The IB report, therefore, commented, “It is apparent that in this way the subject wants to nullify and defeat the intention of restrictions imposed on him.” (ibid, p.31-33).

The Intelligence Branch looked into the affairs of the Alpha Insurance company. They found that most of the employees of the East Pakistan wing of the company were former Awami League members. Even though they were not sure whether any political party was dominating the company, they came to the conclusion that Sheikh Mujib was “in touch with a good number of ex-A.L. workers through his business” (ibid, p.189-193). They also opined that Sheikh Mujib was interested in opening up branches of Alpha Insurance Company in other districts so that he could provide a workplace for the ex-Secretaries of A.L. as many of them were not doing well financially since the imposition of Martial Law (ibid, p.199). In other words, the intelligence branch officials apprehended, perhaps rightly, that Sheikh Mujib was not sitting idle in that insurance company. He was activating his political net across the province, they thought. They believed he was simply unstoppable in his political pursuit.

Even if Sheikh Mujib was at times critical about the political strategy of the communists, he was appreciative of their long-term goal of independence of East Pakistan. So, he wanted to get in touch with them. He took help from Manik Mia to meet with Zahur Hussain Chowdhury, a noted journalist, who allegedly kept contact with some of the top communist leaders. Sheikh Mujib later discussed with them the possibilities of taking joint action against the Ayub government. He met with Moni Singh and Khoka Roy of the Communist Party. They agreed to distribute leaflets calling for “the ending of the Martial Law, restoration of democracy, release of political prisoners, right of students to proper education, and granting of legitimate demands of the working people.” (Karim, SA, “Sheikh Mujib: Triumph and Tragedy’’, UPL, 2009, revised edition, p.100). We get to know from the Intelligence Branch report that Sheikh Mujib met Zahur Hussain Chowdhury at Tofazzal Hossain’s house in March 1961 (Hasina, Sheikh, editor, ‘SECRET DOCUMENTS OF INTELLIGENCE BRANCH ON THE FATHER OF THE NATION BANGABANDHU SHEIKH MUJIBUR RAHMAN’, Volume-6, Hakkani Publishers, 2020, p.341). In addition, an intelligence report on the activities of Awami League leaders mentioned, “It is also learned that the leftist elements belonging to the N.A.P and the C.P. including a few, who are wanted by the police, are contracting [contacting] some of the ex-A.L. Leaders including Sk. Mujibur Rahman from time to time and gingering them up so that they may be brought to the platform at the proper time.” (ibid, p.343).

Sheikh Mujib was acquitted from all cases against him on 5th July 1961 by the High Court. After his acquittal, Manik Mia suggested that Mujib should start getting involved in party work (ibid, p.378). In December, during a visit to Chittagong, Sheikh Mujib told Zahur Ahmed Chowdhury and Abdul Aziz, two top leaders of Awami League in the region, “to try their level best to capture the Trade Union Front tactfully to utilize them during the ensuing election.” (ibid, p.407).

And that was the depth of his commitment for grassroots politics for the people of the region which finally emerged as Bangladesh. He tried to remain with the grassroots and engage with his followers even at the worst of times. Hence, we are not surprised that he spoke out his mind at a public meeting in Patuakhali District Headquarters in 1972. Indeed, he could never sever his links with politics despite all the hurdles raised in his way. That’s why he could say so candidly, “I have remained in politics because I love my country and its people.”