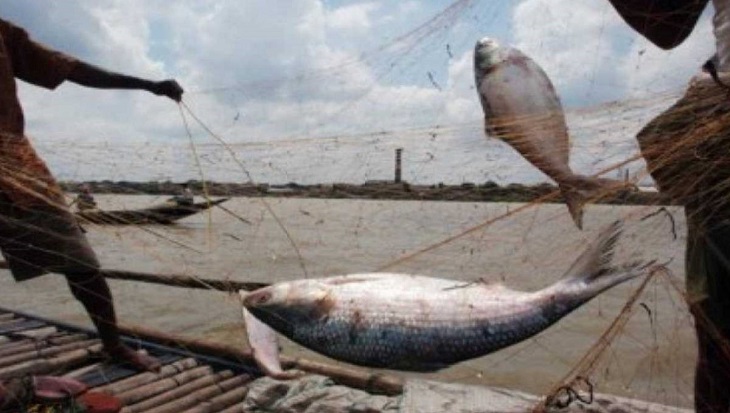 At least 15 fishermen were fined Taka 39,200 by Mobile courts of the district for catching Hilsa in the Padma and the Jamuna river in defying a government ban.

Pritikona Paul, Senior Assistant Director of Department of Fishery, Manikganj told BSS on Saturday evening 19 separate mobile courts have been conducted so far in the river Padma and Jamuna in three upazilas of the district from the beginning of Hilsa fish catching ban imposed from October 14 adding that 42 special drives also conducted during this period, reports BSS.

About 3.13 lakh meters of current net were also seized from Harirampu, Shibalaya and Daulatpur upazilas of the district, he said.

The government also allocated 158 metric tonnes of rice for 7,900 listed fishermen families of the three upazilas of the district during the period for their food assistance.

The government has imposed a 22-day ban on catching, selling, transportation and hoarding of Hilsa from October 14.