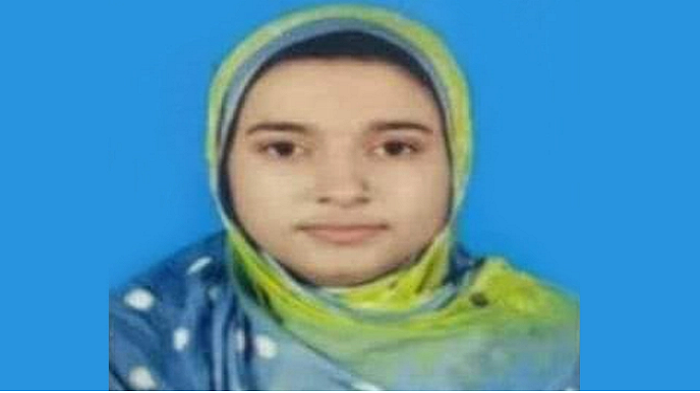 Police have recovered a body of a woman from the yard of her college teacher husband in Nolbila area of Kalarmarchara municipality of Maheshkhali upazila on Saturday, six days after she went missing.

The deceased was identified as Afroza Begum, 24, daughter of Mohammad Ishak hailing from Puichora area of Hoanok municipality in Chakaria upazila of Cox’s Bazar. Her husband,Rakib Hasan Bappi, is a teacher of Badorkhali  Degree College and son of Hasan Bashir.

At one stage of investigation, police came to know that Afroza’s body was buried in the yard of her husband’s house.

Later, police exhumed half-decomposed body of Afroza and sent it to Cox’s Bazar Sadar Hospital for an autopsy.

Quoting the locals, police said Bappi and Afroza got married nine months ago. It was second marriage for them. Afroza’s first husband died and Bappi divorced his first wife. Bappy allegedly had an extramarital affair with his ex-wife that led to family feud between them.