Little Russel was a big-hearted human being: house tutor 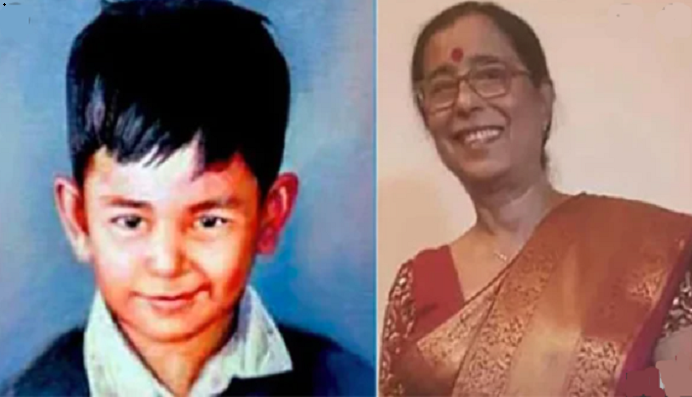 In spite of being a small boy, Sheikh Russel, the youngest child of Father of the Nation Bangabandhu Sheikh Mujibur Rahman, was a big-hearted human being as well as used to help people passionately.

“Russel was very passionate to help people. He had great love in his heart for general people,” his house tutor Geetali Chakrabarty (Dasgupta) said.

On the eve of Russel’s birthday, Chakrabarty reminisced her memory with the little boy in a telephone interview with BSS.

When Chakrabarty was a faculty of Begum Badrunnesa College in the capital, Bangabandhu’s younger daughter Sheikh Rehana and his son Sheikh Jamal’s wife Rosy (1974) were also her students. Currently, she is living in Sydney, Australia, along with other family members.

She retired from her teaching career in 2005 after working at different colleges in Bangladesh.

On August 15’s black night of 1975, 11-year-old Sheikh Russel was killed along with Bangabandhu and other family members.

On that fateful night, shattered Russel requested the assassins (for God’s sake) not to kill him but they killed the child in cool-brain along with his other family members.

Geetali Chakrabarty taught Russel on that night as well. She fondly called Russel as Buchu. Russel used to call his tutor as ‘Apa’, ‘Apu’ and later on ‘Apumoni’. She stayed at Bangabandhu Bhaban on road number 32 till 11:30pm on August 14.

She was very close to Bangabandhu, Sheikh Fazilatunnesa Mujib and other family members specially her loving student Buchu (Sheikh Russel).

Talking to BSS over telephone, she shared her different memories with Russel.

About the first day of tutoring, Chakrabarty said it was July or August in 1972, she went to teach child Russel at their Dhanmondi 32’s residence. She taught him for some days at Ganabhaban as well.

The then Awami League’s treasurer Md Mohsin (former MP, Khulna) and his wife Rawshan Ara Mohsin brought Geetali Chakrabarty to Bangabandhu’s residence. She used to teach at Mohsin’s residence too. They placed the proposal to Bangabandhu’s family to choose Chakrabarty as house tutor for Russel. At that period, Chakrabarty was a second year master’s student of Bangla Department at Dhaka University.

Recalling the first day’s experience as a house tutor of Russel, she said: “On that day, I waited sometimes at the first floor. Later, Bangamata Sheikh Fazilatunnesa Mujib, mother of Sheikh Russel, came. I became astonished seeing her simple attire and appearance. She was wearing a light cream-colored handloom sharee. No luxury could touch her.”

“After few moments, Russel came in smiling face along with Rama (long time house help of Bangabandhu’s family). He was around 6 or 6 and half years old. He was in sky-colored night dress and short haired,” Chakrabarty recalled.

She said: “Russel sat beside me on chair after coming there. Rama was holding a schoolbag. Rama kept the bag on T-table and stayed standing in curious eyes. She might want to understand the condition of new student and new teacher.”

“I took the books out of the bag and saw those. I asked few questions to him like name, class, and what he liked etc, etc. After 10-20 minutes, I left him. He went inside the residence in smiling face. Meantime, respectable Fazilatunnesa Mujib told Russel to give ‘salam’ to teacher. He gave me salam and went inside,” she said.

While recalling the memories, Chakrabarty was sometimes being driven by emotion, and the matter of fact, it was understandable that she was trying to control her tears while her voice was shaking with strong affection for Russel.

Russel used to talk with Geetali Chakrabarty in different matters apart from study. He used to share different incidents of his family with his loving teacher. However, he sometimes became upset on his teacher as well.

Sharing an incident, she said one day she gave Buchu to solve five questions of mathematics.

“But Buchu (Russel) had very apathy in mathematics. After giving him five questions (in home work), he solved one question out of five by taking help. So, I gave him one more question to be solved. Getting upset, Russel went inside and returned to the reading room with his mother,” she said.

She added “Entering the room, Kakima (Bangamata), goggled at me with a meaningful look and asked why I gave Russel one more question. After telling that, Kakima gave an eye gesture to me (which means this look was a joke). She asked me not to do that again. I also told okay, giving a meaningful upset gesture.”

Chakrabarty said when Russel didn’t want to read, he told her not to come to their house from tomorrow.

One day, Chakrabarty was teaching Russel in the room of Sheikh Rehana. During the tuition, Rama or Farid (house help) used to provide tea or light foods. In some days, sweets were also started serving with tea. Geetali sometimes ate only a sweet or sometimes did not.

Suddenly Russel questioned her teacher why she did not take sweets. Chakrabarty replied that she didn’t like sweets. In reply, Russel said he also did not like to read, then why she taught him regularly.

About Russel’s love and sense of responsibility for general people, Geetali shared an incident in details.

It was a winter’s day. Another child named Russel stayed at a house near Dhanmondi 32 number residence. Russel used to play with the boy often. One day, an elderly woman beggar came to that residence. She was asked to do a task of the house and for this she would get a Taka. But after the completion of the work, she was given only 25 poisa (Taka 0.25). Child Russel got hurt at that incident.

Russel lovingly brought the woman in front of his residence and told her that when his father (Bangabandhu) would come, he would make a justice. The woman was also served food during lunch. The elderly woman was suffering in cold but Russel did not want to let her go before ensuring ‘justice’.

Then, his mother told Chakrabarty the matter.

“He (Russel) will make her (elderly woman) introduce with your uncle (Bangabandhu). It is uncertain, when your uncle will come. How will this old woman stay in front of the gate till your uncle’s coming during that shivering cold?” Bangamata told Chakrabarty.
Later, Russel was given a proposal that if the woman is provided food for dinner and more money, whether he would let her go. Probably Russel accepted it (the proposal).

Russel had fascination for cold drinks specially coca-cola. Every day he used to have a bottle of coke. But Geetali tried as Russel did not drink coke every day.

Later, Geetali shared a painful story in her life over coca-cola and Russel. The incident made her emotional even today.

It was August 14, 1975. It was the last day of teaching Russel as she did not get the chance to teach him in the next day. On the black night of August 15, Bangabandhu along with most of his family members including innocent child Sheikh Russel was brutally assassinated.

On that day, when Geetali went to Bangabandhu’s residence to teach Russel, he was not in the house. He went to roam with his mother. Geetali was waiting alone. Once, she thought about going back home. At that moment, Bangabandhu in his natural posture from the upper floor asked the teacher “why she was alone, where was her student?”

Bangabandhu used to call Geetali as master. After being informed that Russel was not in the house, he asked Geetali to go to her residence by his vehicle. Then, Rama said Russel told her to stay and he would come soon. Bangabandhu fondly told Geetali that she had no leave as her student was coming.

Geetali said there was a large meeting at Bangabandhu’s residence at that time. Among the leaders, Zillur Rahman, Tofail Ahmed, Sheikh Fazlul Haque Mani, Mohiuddin Ahmed and Abdur Razzak were staying at the residence.

After sitting for study, Russel requested Geetali to give him permission to take a bottle of coke as she did not allow him to drink coca-cola in the previous day. But Russel was not allowed to drink coke on that day and he was asked that he could drink coke on the next day. Then, they became busy with study.

Russel was also given a tiny punishment on that day for doing a mistake in a question of mathematics. Russel himself selected the way of punishment of performing sits-up by holding ears. She left for home from Bangabandhu’s residence at 11:30pm on that night.

On that night, Geetali Chakrabarty stayed at the residence of her uncle, the then food minister Phanibhushan Majumdar on Minto Road.

Before leaving the Dhanmondi 32 number residence, she could not know that she would never come to that residence again and Russel would not get the chance of drinking coke again.