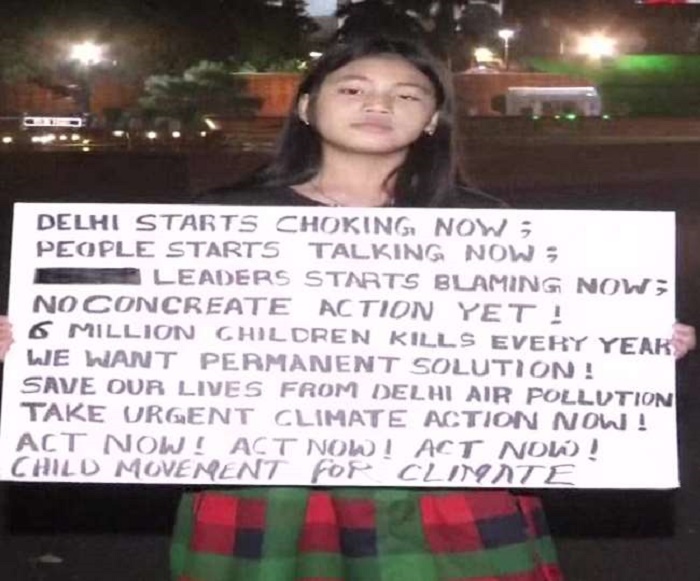 Holding a banner, Licypriya Kangujam, a 9-year-old girl staged a protest in the Vijay Chowk area over air pollution in the national capital.

The nine-year-old who has earlier addressed the United Nations Climate Conference 2019 (COP25) in Madrid, Spain, said, “I want our leaders to take action to fight air pollution. They are busy blaming each other instead of finding a solution. No action is being taken.”

She said that air pollution is dangerous. Children cannot move out of their homes. “I am worried about the health of children and babies.”

When asked what she thinks of the causes of pollution in Delhi, she said. “Burning of garbage, stubble in Haryana and Punjab besides petrol and diesel cars are responsible for air pollution.”