Police sources get involved in crimes

Image of the force in tatters 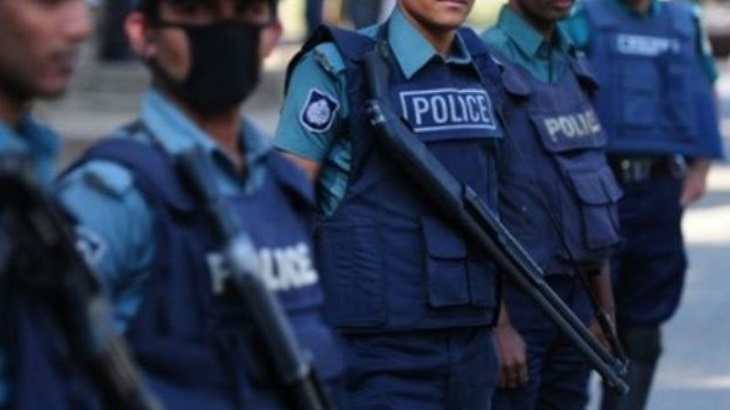 Many police sources have allegedly got involved in various crimes in the name of collecting information about crimes and criminals across the country.

Many said the image of the police is now in tatters due to the involvement of their informants in crimes, but police personnel turn a deaf ear to the matter.

Police sources have now become a source of panic and fear for the general people because of their crimes.

Police informers are supposed to hide their identities, but they are known to all in their respective localities, people said.

“Police sources are very important for getting information about various crimes and criminals. It is the responsibility of police officers concerned to control their sources and verify the information they obtained from the sources,” he told the Daily Sun.

“Police officers are responsible for the misconduct of their sources. A police officer needs to understand the movement, character and mentality of his or her sources. If an informant controls a police officer, it is the problem of that officer. Here you (police) have to control our sources with intelligence,” he added.

Law enforcers often cooperate with the general people to investigate and collect information on crimes and criminals. These are called sources. Regular informants are the sources of members of the law enforcement agencies.

According to local sources and victims’ information, Mirpur police source Chora Sujan is extorting money by claiming to be an SI and threatening to arrest various people. There are similar allegations against Shaon, a police source from Vasantek and Kafrul police stations.

Takku Rashid is widely known as a police source in Kadamtali-Shyampur area. He is accused of various crimes, including drug dealing and gambling.

According to the source, Sahabuddin alias Buddin, a terrorist listed by Lalbagh police station, now identifies himself as a police source of Motijheel and Sutrapur police stations.

On the other hand, police source Asim and his accomplices are dealing in drugs in Sweeper Colony of Hazaribagh area in the capital.

Khilgaon police source Wahab runs Yaba and Phensidyl business in the alley of Adarshbagh next to Chapra Mosque in Goran.

Police source Ajmal is openly doing a drug business in Kamrangirchar area of the capital. He has been accused in murder and drug cases.

According to the investigation, members of law enforcement agencies, including police, sometimes give the opportunity to correct criminals by selecting them as sources.

But, most of these sources have been carrying out various criminal activities, including drug trade and extortion.

Under the guise of law enforcement, police sources threaten to arrest anyone who protests against their activities.

Many sources have already been caught by law enforcement agencies in connection with various crimes.

On July 29, several police officers were seriously injured in a horrific bomb blast at Pallabi police station in the capital. The blast occurred while police source Reazul Islam was moving the bomb like object.

A court on September 9 sentenced three police officers at the same police station to life in prison for killing a young man named Johnny in police custody six-and-a-half years ago. The reason behind the incident is the misdeeds of two police sources.

After a few such recent incidents, the misconduct of source came up for discussion anew.

In many cases, police become dependent on their sources that they carry out raids without verifying the information provided by them. As a result, many innocent people became victims of lawsuits and their lives became miserable.

He also alleged that police sources have been involved in crimes, including land grabbing, extortion and drug trade. They often torture general people for money.