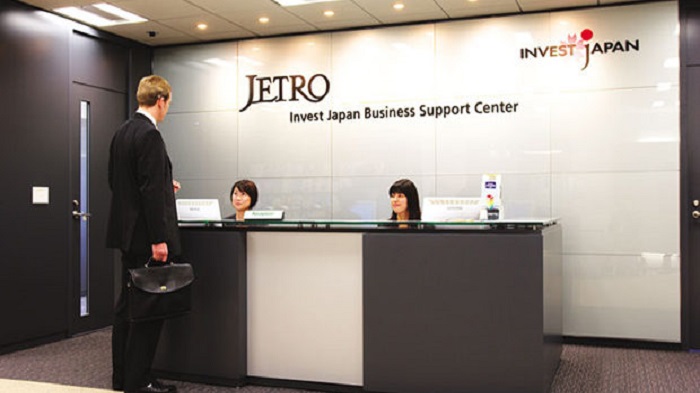 Around 50 Japanese companies are expected to arrive in Bangladesh every year with investment plans due to the availability of favorable environment, said country representative of Japan External Trade Organization (JETRO) Yuji Ando.

He also said the investment environment needs to be further congenial alongside having a friendly atmosphere.

The JETRO country representative said this on Wednesday  while exchanging views with some executive committee members of the Economic Reporters Forum (ERF) at the ERF office in the capital.

Ando, also the president of Japan-Bangladesh Chamber of Commerce, requested the government to improve investment climate in the country in favor of Japanese companies.

He said some 310 Japanese companies are now in Bangladesh with the Japanese investment reaching around US $ 3.0 billion.

Highlighting the friendly relationship with Bangladesh, the JETRO country chief said collaboration with ERF and JETRO could help further improving investment climate for the investors and expressed his willingness to work in this connection with the ERF.

Yuji Ando said there are many challenges which still exist for Japanese companies and for other foreign companies in Bangladesh citing examples of infrastructure and taxation.

Referring to a question on relocation of Japanese companies from China, the JETRO Country representative said it is practically not like which has been reported due to the scope of business in China.

He, however, said there is still scope of coming of Japanese companies though the ASEAN countries are getting priority in the case of relocation.

Citing example of JETRO annual study, Ando said 70 per cent Japanese companies here want to expand their investment which is the highest among other countries.

Mentioning that there are a number of bottlenecks in the way of smooth investment, Ando expressed his willingness to invest further. “It should be a win-win situation” he said.