‘Trump is the largest driver of coronavirus misinformation’: Study 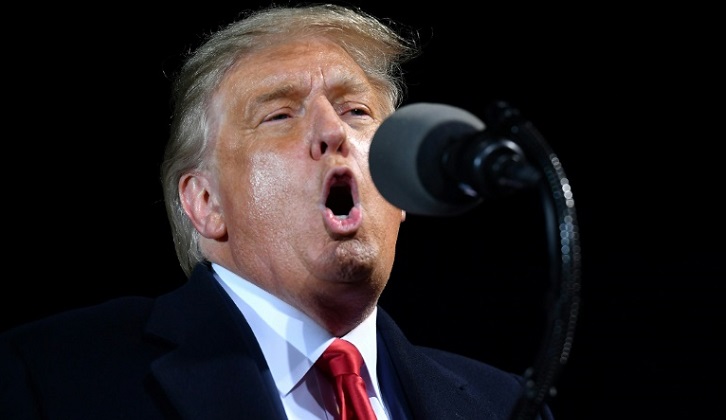 A study by researchers at the Cornell University has found United States President Donald Trump to be the largest driver of coronavirus misinformation around the world, The New York Times reported.

The study based on an analysis of 38 million articles about the pandemic in English language media around the world points out that “mentions of Trump made up nearly 38 percent of the overall misinformation conversation”.

The study identified 11 topics of misinformation around coronavirus, including several conspiracy theories and found that the topic of “miracle cures” was most prevalent, including Trump’s endorsement of anti-Malarial drugs and disinfectants as a cure for the virus.

“The biggest surprise was that the president of the United States was the single largest driver of misinformation around COVID,” The New York Times reported, quoting Sarah Evanega. Evanega is the director of the Cornell Alliance for Science and the study’s lead author.

The researched found that conspiracy theories for 46 percent of the total misinformation mentions around the virus.

These conspiracy theories also included the one which stated that Dr Anthony S. Fauci, the director of the National Institute of Allergy and Infectious Diseases, was exaggerating deaths or was a beneficiary of pharmaceutical company efforts to find vaccines.

There were 11,000 misinformation articles involving Fauci, 2,95,000 involving miracle cures. and 40,000 articles that mentioned the purported Democratic hoax, and more than 6,000 mentioning bat soup as the origin of the outbreak.