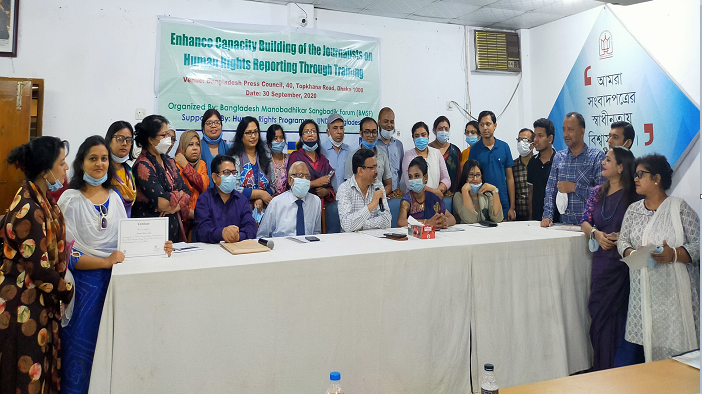 A training workshop on capacity building of journalists in human rights reporting has been held in the capital on Wednesday.

A total 30 journalists from print, electronic and online media working in Dhaka took part in the training workshop which was held at the Bangladesh Press Council auditorium in the capital’s Segunbagicha area.

Retired Justice Mohammad Mamtaz Uddin Ahmed, Chairman of Bangladesh Press Council, handed over certificates to the trainees on behalf of BMSF to all the journalists who participated in the workshop.