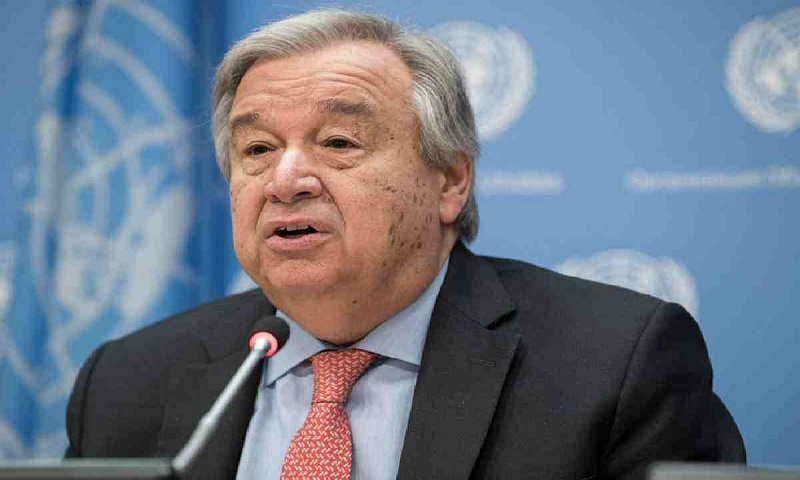 UN Secretary-General António Guterres has urged the international community to act immediately to protect the world from global recession.

“Unless we take action now, we’ll face a global recession that could wipe out decades of development and put the 2030 Agenda for Sustainable Development completely out of reach,” he cautioned, reports the UN news.

The UN chief came up with the call while speaking at a high-level event on financing for development in the era of Covid-19 and beyond.

António Guterres said while countries reacted swiftly to the global crisis, mobilising a fiscal response of more than $11.5 trillion globally, only a fraction was accounted for by developing and emerging economies.

Economies “which have the greatest need, least resources and weakest capacities for addressing the crisis,” he highlighted.

The UN chief welcomed the G20’s Debt Service Suspension Initiative, which has created fiscal space in the world’s poorest countries, but added that the response did not address the magnitude of the crisis.

Convened by the UN Secretary-General, together with the Prime Ministers of Canada and Jamaica the high-level meeting provided a platform for world leaders to reflect on the work over the last five months, following the meeting on financing for development, in May 2020.