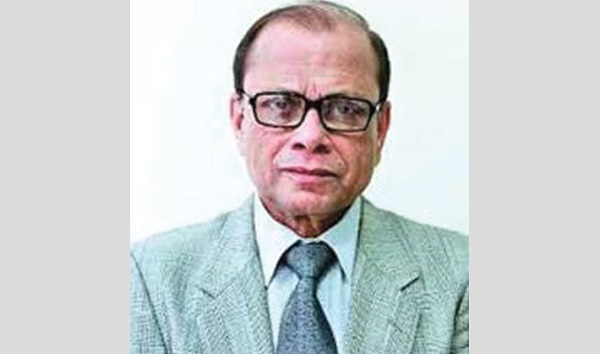 As I begin on Bangabandhu’s perception of international peace and security I deem it pertinent to refer to at least two celebrated predecessor peace-thinkers and activists: they were Jeremy Bertham (1748-1832) and Immanuel Kant (1724-1804). Both of them were peace-thinkers who conceptualised peace in their writings. Bentham’s pathbreaking book A Plan for Universal and Perpetual Peace (1777); and Kant’s follow-up book Perpetual Peace (1795) presented peace-alternative to the conflict-torn Europe contemporary to their days. But, as it was, to many of their contemporaries, these two peace-dreamers appeared to be laughable Utopian sans any touch of reality. But, as it is, many peace-thinkers of today value them as pioneers of doable and sustainable peace. Many of them consider Bentham and Kant to be peace-dreamers of universal and perpetual appeal. In this context, Bangabandhu appeared to have taken his place alongside such peace-dreamers. Bangabandhu’s conceptualisation of peace and security, with hindsight, may be said, was akin to that of the 2005 UN definition of human security, wherein human security meant “freedom from fear, freedom from want and freedom to live in dignity.” This was why Bangabandhu always targetted the exploited and oppressed people, not only of Bangladesh, but across the world as well. His human security paradigm involved human peace first. In other words, this was a security through peace paradigm.

Bangabandhu’s Perception of International Peace and SecurityBangabandhu’s message of peace may be gleaned from the 1972 Constitution, nine speeches and one message. Moreover, his latest book Amar Dekha Nayachin (2020) discusses his peace perception in the context of the 1952 Peking Asia-Pacific Peace Conference. But his speeches at the 1956 Stockholm peace meeting are not preserved or written on by himself or by anyone else. Nevertheless, his ideas about peace and security are clear enough to be commented on.

To start off with the 1972 Constitution, the relevant provision is contained in the Article 25, titled suggestively as “Promotion of international peace, security and solidarity.” This Article outlined the philosophical basis of the foreign policy of the new state of Bangladesh, which remains unchanged until today. This article requires Bangladesh to

a.    strive for the renunciation of the use of force in international relations and for general and complete disarmament;

b.   uphold the right of every people freely to determine and build up its[sic] own social, economic and political system by ways and means of its own free choice; and

c.   support oppressed peoples throughout the world waging a just struggle against imperialism, colonialism or racialism.

This article represented full and adequate manifestation of Bangabandhu’s ideas about peace and security. The Constitution was his best bequest to the nation; and it contained all his ideas pertaining to the well-being of Bangladesh people as well as those of the world. All these ideas found expression in all the speeches that Bangabandhu delivered internationally.

The peace intent of Bangabandhu was recognised early on 23 May 1973, when the Viswa Shanti Parishad awarded him the Julio Curie medal. His speech on that accession contained such eloquent words as “To the people of Bangladesh peace and freedom appear to be intermixed. We feel deep down in our heart the imperative for regional and world peace.” More pertinent were his words that, “In the same vein, let me state unequivocally that world peace is the core principle of my philosophy of life.” He further said, “I am with the oppressed, exploited peace and freedom loving people, wherever they are.” As he said these words, imbibing the underlying spirit of the same, Bangabandhu gave out the clarion call, “friendship for all, malice to none”, thereby laying the basic foundation for Bangladesh foreign policy.

In October 1973, Bangabandhu sent a message to the Moscow World Congress of Peace Forces wherein he repeated the theme of justice for the oppressed people in these words: “The people of the world must liberate themselves from exploitation and man’s injustice to man must end if the world is to enjoy a stable peace.”

It may be mentioned that a month earlier in September (5-9), at the Algiers Nonaligned Summit, Bangabandhu divided the world into two parts-exploiters and exploited; and also declaring that he would always be on the side of the exploited. As he spoke out in this vein, he received an instant compliment from Fidel Castro, who declared to have a position similar to that of Bangabandhu’s.

In his UNGA speech on 25 September 1974, Bangabandhu said, “In a comprehensive sense, the liberation struggle of Bangladesh is the struggle for peace and justice. For this reason, Bangladesh, since its inception, has been standing by the oppressed people.

As a visionary for peace, Bangabandhu perceived and articulated those principles which were realistic and doable. He was thus a visionary as well as realist as a peace-thinker and activist. Thus cogent logic prevails as to the relevance of Bangabandhu’s leadership to peace and security in the contemporary world.