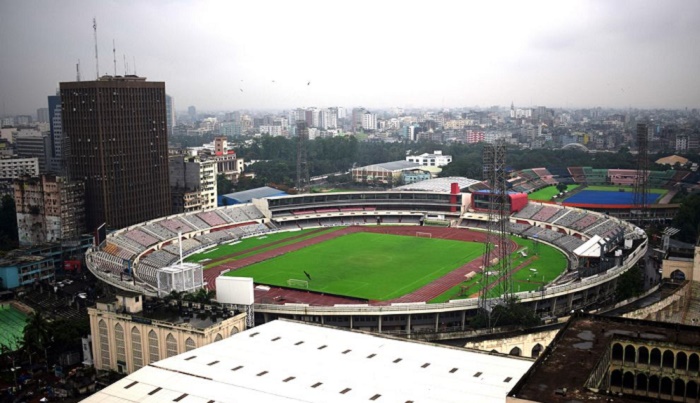 Country’s multipurpose sports ground Bangabandhu National Stadium (BNS), which is named after Father of the Nation Bangabandhu Sheikh Mujibur Rahman, has been used for football and athletics for a long time. Due to negligence and lack of proper care, the condition of BNS has been getting pitiable day by day and now it has become entirely unfit for hosting any national event.

Bangladesh Athletics Federation (BAF), which is expecting to return to track and field with the 36th Junior Athletics Competition on November 20-21, has decided to shift the meet at the city’s Army Stadium instead of their home venue BNS. The decision was made in a BAF executive committee meeting, chaired by its president ASM Ali Kabir, at its premises on Friday.

The federation has also planned to arrange its another major event, the 44th National Athletics Competition at the same venue between January 15-17. BAF General Secretary Advocate Abdur Rakib Montu told The Daily Sun that the committee was forced to shift these events to Army Stadium due to BNS’s poor condition especially its unsuitable and broken tracks which may cause major accidents at any time.

“We’ve chosen Army Stadium as the venue for our both upcoming events junior and national athletics competitions. We want to host the junior competition on November 20-21 and the national competition on January 15-17. We've talked with the authority of Army Stadium. They won’t have any schedule during that time. We will apply for accreditation to them within the next two or three days,” Montu said.

BAF has been demanding to National Sports Council (NSC) for a high-quality athletics venue for a long time. Their last meet the 43rd National Athletics Competition’2020, which was named after Father of the Nation Bangabandhu Sheikh Mujibur Rahman, held at the MA Aziz Stadium in the port city Chattogram last January. The country’s 500 athletes and 150 officials from 64 districts, Universities, Education boards, BKSP, BJMC and services teams took part in the 36 disciplines of the three-day event. The federation shifted their venue to the grassy field of MA Aziz from BNS due to the same reason.

“We were forced to shift these events to Army Stadium due to the BNS’s poor condition. Its unsuitable and broken tracks may cause injuries for athletes. It has become entirely unusable due to lack of proper maintenance. The track of Army Stadium also passed its expiration date, but still, it is more worthy than BNS. We have observed it,” the BSF general secretary added.

“The BNS was neglected for a long time due to the lockdown amid pandemic. The track was covered by weeds. Two weeks ago, we cleared some portions of it and now have been conducting practices on a limited scale. Actually, it needs a huge renovation which is not possible for us. We have been demanding it for a long time,” Montu further said.

Meanwhile, the federation was expected to take part in the Bangabandhu Bangladesh Games, scheduled to be held in April. Besides, BAF was also expecting to arrange a division-wise marathon race and an international competition seven-nation Bangabandhu SAFF Junior (Under-20) Competition in November marking the birth centenary of Bangabandhu Sheikh Mujibur Rahman. But all of these events were canceled due to a pandemic outbreak worldwide.