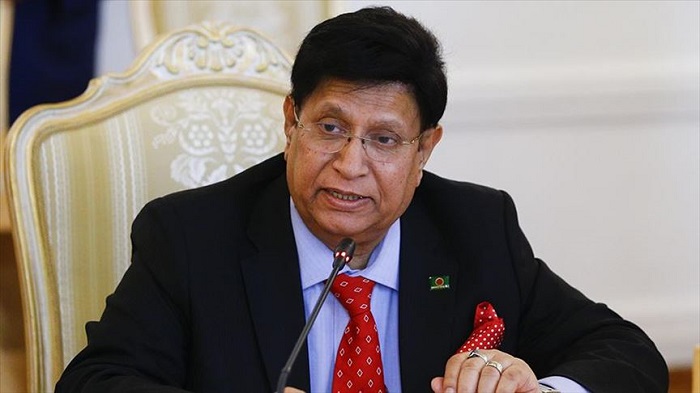 Foreign minister Dr AK Abdul Momen on  urged all Saudi Arabia-bound Bangladeshis expatiates, who have been stuck in the country due to pandemic, to maintain discipline, assuring their return before Iqama (work permit) expiration following a Saudi Arabian pledge.

The foreign minister was talking to reporters at his office. He said all expats would be able to return to their workplaces as flight operation has resumed between the two countries.

Momen said Dhaka has been able to resolve the issue of expat workers stranded in the capital as the Saudi government yesterday agreed to renew their visas and extend Iqamas for another 24 days.

He said visa renewal process for those whose Saudi valid visas have already been expired amid the pandemic will start at Saudi Arabian embassy from Sunday. “Not that all visas are expired, there are only a few cases of visa expiry,” he added.

The foreign minister said that the Saudi civil aviation authority has given landing permission for all commercial scheduled flights of Biman Bangladesh Airlines from October 1 to carry back the stranded Bangladeshi workers to Saudi Arabia.

On the other hand, Bangladesh Civil Aviation Authority has already given approval to Saudi Arabian airlines to operate flight on Saudi Arabia-Dhaka-Saudi Arabia as many as they can to ensure return of the Bangladeshi citizens.

Momen urged the Saudi bound Bangladeshi expats to maintain discipline when they will go for renewing their visas or booking air tickets to avoid giving any wrong message to the Saudi government.

“Don’t through the axe to your own feet,” he warned the expats, saying that Saudi government would not take it easily, if the workers create chaos here.

He also urged the Bangladeshi expatriate workers not to demonstrate unruliness being instigated by third party.

The ministry mentioned three locations – the Saudi Embassy in Dhaka, ticketing booths of the Saudi Airlines and Biman Bangladesh Airlines – where the expatriates must maintain discipline.

The Saudi Arabia, hosts 22 lakh Bangladeshi expatriates, has so far extended the validity of Iqama for Bangladesh citizens, who got stuck here due to COVID-19, thrice and the last one was supposed to be expired on September 30.

Huge number of expatriate Bangladeshi workers from different countries, who came here to visit their families before the outbreak of coronavirus, has been stuck in the country due to flight suspension following the global lockdown.