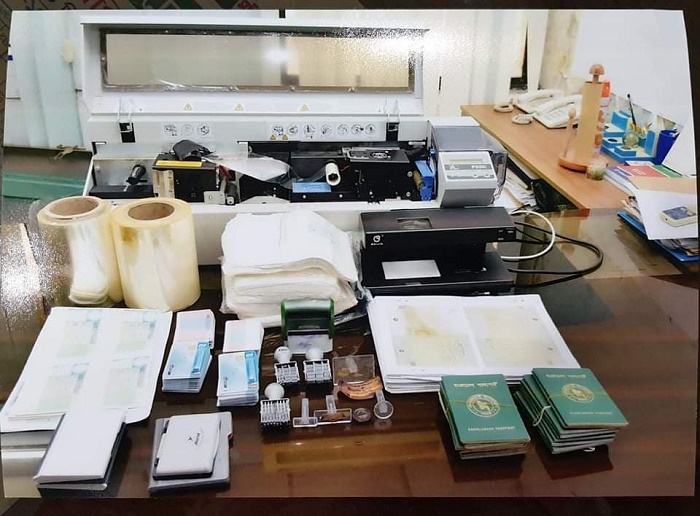 The Criminal Investigation Department (CID) arrested two alleged human traffickers from Mirhazirbagh at Jatrabari in the capital on Tuesday.

They are identified as  Nayeem Ahmed, 41, son of Sahabuddin Ahmed, and Miraz Akhan,45, son of late Nur Mohammad.

Jisan Haque, senior assistant superintendent of police (media) of the CID, confirmed it to the Daily Sun on Wednesday evening.

A team of Dhaka Metro South of the CID arrested the duo, who are the members of a human trafficking gang, he said.

They sent many fortune seekers to various countries of Europe and other countries through fake passports, visas and other documents.

Huge passports, visas, other documents and some equipment were seized from their office.

A case was filed against them with Jatrabari Police Station in the capital.