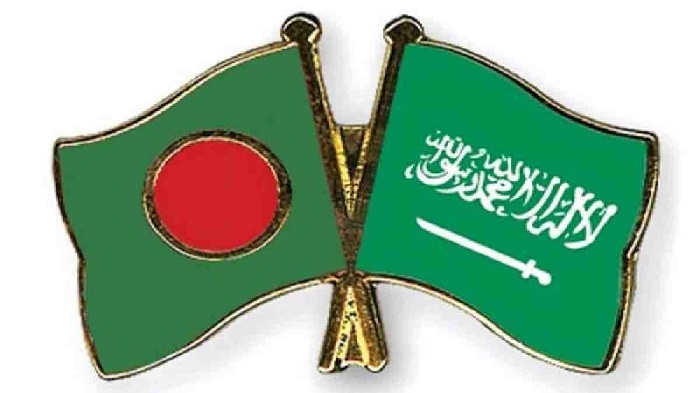 Foreign Minister Dr AK Abdul Momen on Wednesday urged the expatriates Bangladeshis who are willing to return to Saudi Arabia to have patience instead of breaking discipline.

"We are all working together. We are working sincerely to resolve the problem," he told reporters at his office after an inter-ministerial meeting.

The Foreign Minister warned that the Saudi government does not promote any anti-discipline activities and such demonstrations might bring negative outcome for the workers.

He said the government has requested the Saudi government to extend tenure of valid visa holders and aqama for another three months.

"We just made the request yesterday (Tuesday)," Dr Momen said expecting a positive outcome from the Saudi side.

The Foreign Minister urged the workers not to get misguided by anyone and mentioned that the person who submitted demand letter on behalf of demonstrating workers is not an expatriate but a local person who is involved in politics.

On Tuesday, Bangladesh sought one more extension of three months from Saudi Arabia for Bangladeshi valid visa holders and their Iqama (valid work permit) in an effort to help workers return to their work.

The Saudi government has so far extended the validity of Iqama for Bangladesh citizens thrice who got stuck here due to COVID-19 pandemic.

The latest extension term will expire on September 30.

Bangladesh Embassy to Saudi Arabia has sent a letter to the Saudi Foreign Ministry requesting an extension of three months beyond September 30.

On Monday, Biman Bangladesh Airlines Managing Director Md Mokabbir Hossain said they got approval to operate flights to the kingdom from October 1.

Landing permission is required before beginning of seat reservation. But Saudi Arabia is yet to provide it, he said.

“So, now it’s not possible to start allocating seats for the passengers,” the MD said, adding that flights will be announced as soon as landing permission is received.

He also requested passengers not to gather at the counters before the flight announcement.

The oil-rich kingdom is the most popular destination for migrant workers from Bangladesh. Last year, Bangladeshi migrants sent back US$18.355 billion. Of the amount, $3.647 billion (19.87 percent) were sent from Saudi Arabia.

Meanwhile, a group of Bangladeshi migrant workers demonstrated at Karwan Bazar on Tuesday morning demanding tickets to Saudi Arabia so that they can join their workplaces.