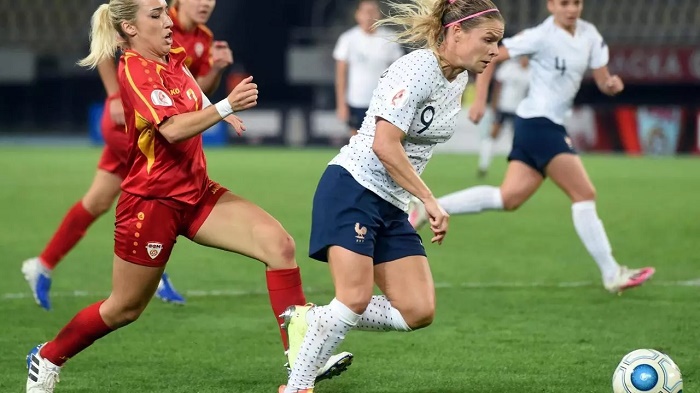 Eugenie Le Sommer scored twice in three minutes in a Euro qualifier away to North Macedonia on Tuesday to first equal and then break France’s women’s international scoring record.

The 31-year-old Lyon player struck after 15 minutes from a free kick to match Marinette Pinchon who scored 81 goals for France between 1994 and 2006.

Le Sommer, the France captain, then converted a penalty to take sole possession of the record.

It had been a long wait for Le Sommer who had been stuck on 80 since October 2019. When she scored the second she was engulfed by joyous team- mates.

“She (Pinchon) was a super player and I know what it represents to beat this record,” said Le Sommer.

France went on to win 7-0 behind closed doors in Skopje.

Le Sommer, who was winning her 172nd cap, remains a long way behind the top scorer in women’s international football, Christine Sinclair who has 186 goals in 296 appearances for Canada.

She is, however, well ahead of the French men’s record holder, Thierry Henry, who scored 51 goals in 123 appearances.