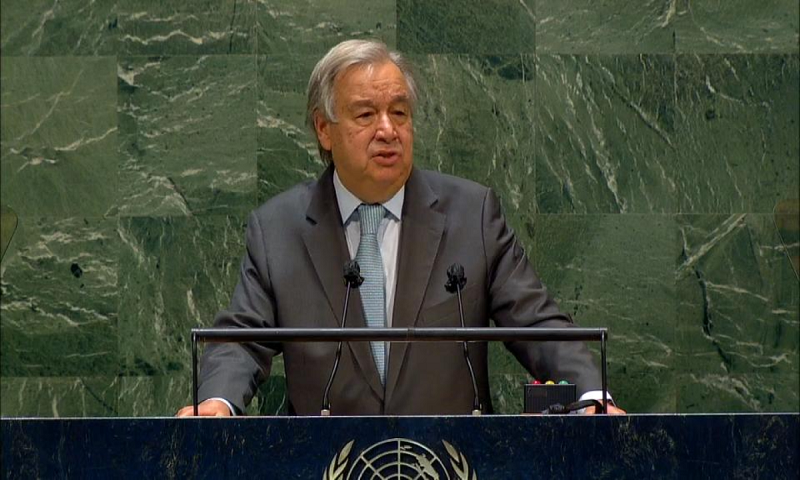 UN Secretary-General António Guterres on Tuesday appealed for global solidarity to overcome the COVID-19, and repeated his call for a global ceasefire during the pandemic, by the end of the year -a very ambitious target.

Addressing the largely empty General Assembly Hall in New York, Guterres characterized the pandemic from the podium as “not only a wake-up call” but “a dress rehearsal” for challenges to come.

“In an interconnected world, it is high time to recognize a simple truth: solidarity is self-interest. If we fail to grasp that fact, everyone loses,” he said, delivering his annual report on the work of the Organization, according to UN News.

In his centerpiece address to the historic and unprecedented 75th session of the UN General Assembly, the Secretary-General underscored the need for solidarity at this moment, particularly as countries least capable tothe Secretary-General underscored the need for solidarity at address COVID-19 have received far too little assistance. He urged the UN’s 193 Member States to move forward in humility and unity in the face of the disease.

Due to COVID-19, most world leaders will not attend the annual gathering at UN Headquarters, known as the General Debate.

Instead, many have pre-recorded their speeches on video, although they have the right to deliver them in person - from their seat in the Hall, not from the podium.