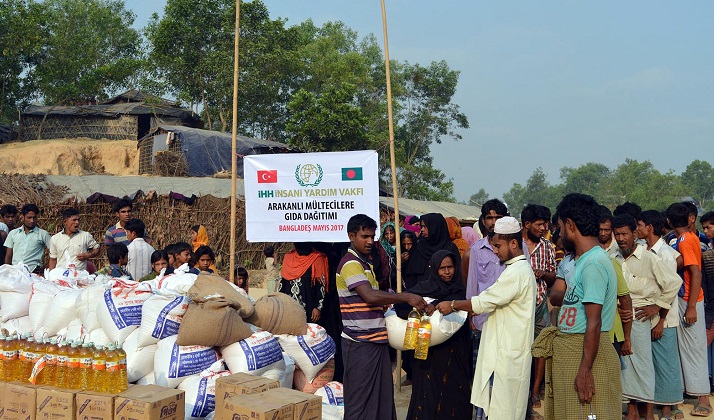 Many foreign nationals employed in non-governmental organisations (NGO) in Bangladesh are reportedly flouting the immigration rules.

An intelligence report found that most of the foreign NGOs workers have been working as ‘volunteers’ and hiding their real income to evade tax and other procedural requirements.

Most of the foreign workers take only nominal allowance from their NGOs while working in Bangladesh, but the intelligence report suggests that is not viable considering their lifestyle.

Sources said the extent of NGO’s work in Bangladesh has increased manifold since the influx of Rohingya in Cox’s Bazar.

Foreign workers come to Bangladesh for a temporary period of 90-180 days under a special category visa. During the period, they do not need to have a work permit which is the grey area that they take care of fully.

The intelligence report said some foreign nationals have been doing this unethical practice to evade tax and to hide other issues.

The NGO Affairs Bureau has been asked to take proper initiatives so that the NGOs cannot take the opportunity of siphoning off money from Bangladesh.

It was also asked to incorporate a clear and acceptable pay structure for the foreigners to bring transparency.

Director-General of NGO Affairs Bureau Md Rashadul Islam told the Daily Sun that they do not have the information on the foreign workers living in Bangladesh without any work permit.

Many foreigners are working in Bangladesh under a special visa category for three months, if they stay more than three months, they have to take work permit from NGO Affairs Bureau, said Md Rashadul.

But, NGO Affairs Bureau does not have any mechanism to trace the foreign workers staying more three months in Bangladesh, he added.

When asked, NGO Affairs Bureau Director-General said that there is a grey area about the real income of foreign NGO workers in Bangladesh, which will be monitored.

A recent report of Transparency International Bangladesh (TIB) suggests that a majority portion of foreign workers don’t use proper banking channels to send remittances to their countries. Rather they use hundi, an illegal means of fund transfer.

Also, many foreign nationals show lesser amounts of money than the actual amount as wages to avoid income taxes. Only 9,500 foreign workers were found to pay taxes, but they did not show their actual salaries, the report said.

Talking to Daily Sun, Executive Director of Transparency International Bangladesh (TIB) Iftekharuzzaman said such irregularities are taking place in connivance with the employers and the government officials.

“Most of the foreign NGO workers have been directly sending the lion portion of their salaries to their native country by any means,” he said, adding that they keep a small portion of money here in Bangladesh for living expenses.

In a bid to prevent such practice, TIB Executive Director said a policy strategy is required by all agencies like NGO Affairs Bureau, BIDA, and Immigration Authority to prevent such malpractices.

“It is also an offence,” he said, adding that not only controlling or monitoring but also prevention also should get priorities to address such irregularities.

A total of 2,510 NGOs are working in Bangladesh. Of them, 257 are international NGOs while many are operating with support from foreign funds or donations.