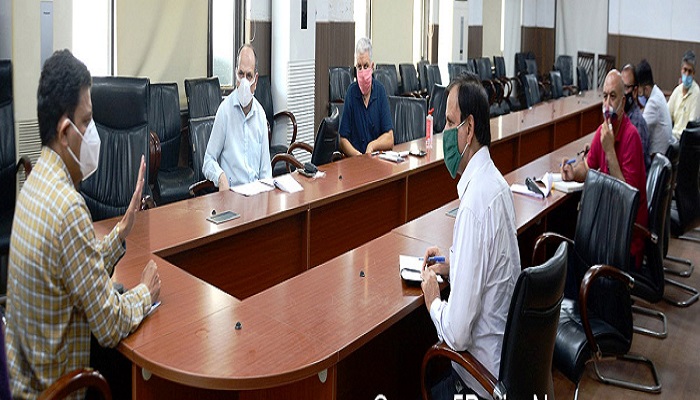 Sanjeev Verma, the Divisional Commissioner Jammu district in India's UT Jammu and Kashmir (J&K),  Thursday held a public darbar and listened to public grievances as part of the Jan Abhiyan started across the UT from today in the run up to Back-to-Village phase III programme (B2V3).

It was informed that Div Com Jammu will conduct public darbar under Jan Abhiyan on every Tuesday and Thursday from 10.30 am to 11.30 am.

The visitors at the public darbar put forth their demands and sought the intervention of the Divisional Commissioner for redressal of the same.

Sanjeev Verma passed on the spot directions to the concerned officers to resolve the issues raised by the people during the public darbar. He also assured the public that their genuine demands would be redressed at the earliest.

Later, the Divisional Commissioner chaired a meeting of heads of the departments and asked them to conduct tours of districts to inspect the developmental activities of their respective departments and the implementation of government schemes on the ground.