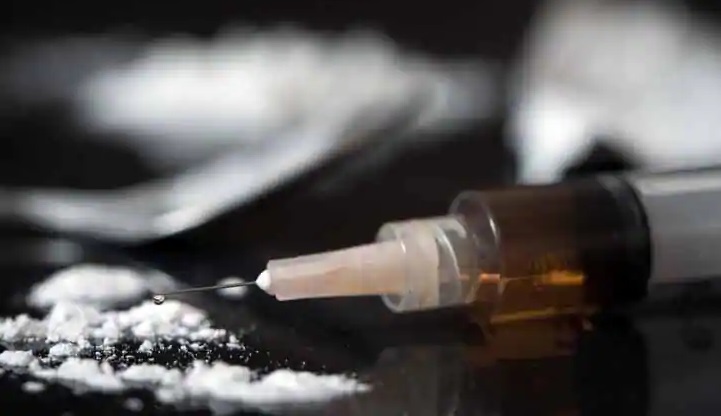 A huge consignment of narcotics was recently confiscated by the South African elite crime investigation unit - Hawks from a truck in Hluhluwe town on September 9. The consignment of 342.5 kg of Heroin has been valued at 87.5 million Rands and was enroute to KwaZulu-Natal.

As many as 250 packets of heroin were found hidden in the truck.

During a briefing on the incident, Hawks spokesperson Simphiwe Mhlongo said, “Hawks officers in Richards Bay, in collaboration with the Mpumalanga Crime Intelligence discovered 342.5 kg of the drug inside what is believed to be a purpose built hide in a truck which was coming Mozambique via Swaziland to KwaZulu-Natal.”

The police nabbed three individuals, two drug peddlers and a truck driver. They were taken to Hluhluwe court for trial. The law enforcement agencies are not ruling out the possibility of more arrests.

African countries, especially South Africa, has reported several incidents of drug seizures in the recent past. In a 2019 report by Enhancing Africa’s ability to Counter Transnational Crime (ENACT), it was highlighted that heroin consumption is rising rapidly in South Africa.

Observers argue that the drug consignment might have originated from Pakistan as Mozambique is being predominantly used as a junction to route narcotics coming in from Pakistan.

Pakistani boats/Dhows bring narcotics to the Mozambique coast and then they are transported to the southern part of the African continent till South Africa. Mozambique, Tanzania, and Kenya form the focal points of this route, called the southern route of Pakistani drug trade.

It is believed that drug dealers from these three countries have developed connections with Pakistani drug peddlers who distribute it all over the world. It is also believed that Pakistani ISI has developed a deep drug supply chain.

The areas of opium cultivation in Afghanistan are mostly under Taliban’s control, the ISI procures the opium poppy, processes it and then distributes it all across the world, generating massive revenue for the spy agency.

Besides, a number of Pakistani drug peddlers are settled in countries like Mozambique,Tanzania, and Kenya who procure and distribute drugs from their fellow countrymen and ISI handlers.

In a similar confiscation, a Pakistani boat was caught at Central  Mozambique's Biera port on April 30, 2020. Twelve Pakistanis were arrested and put behind bars in Mozambique for smuggling heroin from Pakistan.

According to Mozambique's law enforcement agencies, there were no signs of fishing, as claimed by the boat crew, and traces of heroin were discovered in the boat.

Prior to this, 13 Pakistanis were detained at the Cabo Delgado province coast for transporting heroin and amphetamines in December 2019. Further, 12 Iranian nationals were also detained for carrying heroin that originated in Pakistan.

Similarly, around 26 Pakistanis travelling in two Dhows were arrested by Tanzanian law enforcement agencies for drug trafficking. Later, 12 of them were released after Pakistani ISI intervened in the matter. These are just a handful of examples that highlight the efforts of the ISI to form  the new drug cartel with outlaws based in African nations.

Multiple drug seizures along the LoC and in the deep waters of the Indian Ocean Region have broken the back of ISI, which is now looking towards other parts of the world to sell its narcotics products in order to generate revenue. The Southern African countries should brace themselves for several similar seizures of narcotics originating from Pakistan.