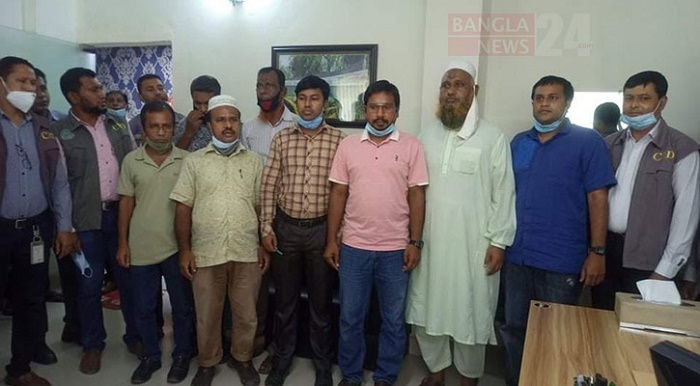 A Dhaka court has placed eight suspended officials and staffers of Titas Gas Transmission and Distribution Co Ltd on a two-day remand each over the blast in a Narayanganj mosque.

Senior judicial magistrate Kawsar Alam on Saturday passed the remand order after detective branch (DB) of police produced them before it with five days remand prayer.

DB arrested them earlier in the day in connection with the blast incident which claimed 33 lives so far.

The authorities of Titas Gas suspended the officials and staffers on September 7.

On September 4, more than 50 people, including women and children, were injured in an explosion during the Isha prayers at the Baitus Salat Jame Mosque in Narayanganj.