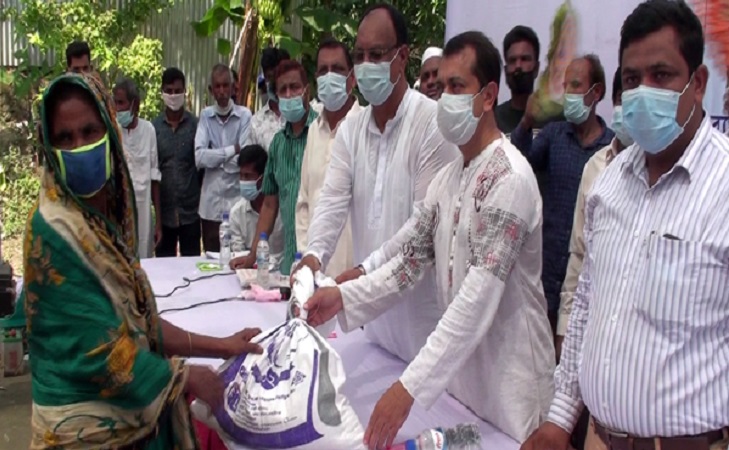 As part of its continued philanthropic activities, the country’s leading business conglomerate distributed foods among underprivileged people in two upazilas of Manikganj on Friday.

A total of 500 families from Garpara union of Sadar upazila and Dhankora union of Saturia upazila received the food aid on Friday. Each sack contained rice, lentil, oil and other essentials.

The Deputy Commissioner said Bashundhara Group is setting examples for others through its continued support to the flood victims and underprivileged people.

He also expressed gratitude to Bashundhara Group Chairman Ahmed Akbar Sobhan for his philanthropic activities for the betterment of the society.

The business conglomerate has been conducting relief activities in association with Manikganj District administration, police, municipalities and other stakeholders.