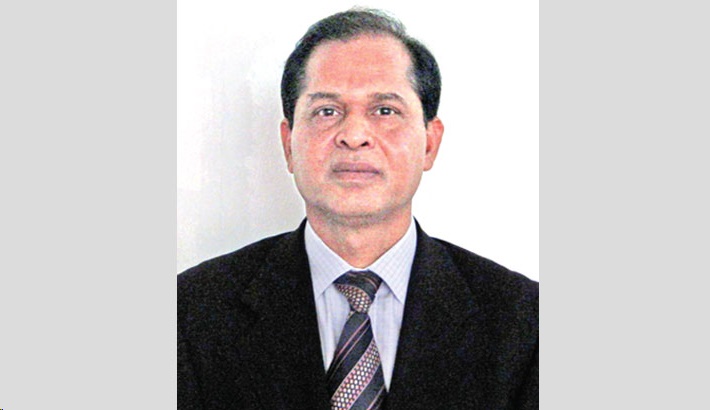 On 8 August 1972, with the approval of Bangabandhu as well as of his cabinet, Bangladesh had officially forwarded its application to UN Secretary General Mr. Kurt Waldheim seeking the UN membership. The application, signed by the Foreign Minister, was sent telegraphically to the UN Secretary General with copies to the UN representative in Dhaka and the Ambassador of Bangladesh in Washington.

In this regard, the diplomats of the member countries of the Security Council in Dhaka were asked to attend a briefing at the Ministry of Foreign Affairs and they were requested to support Bangladesh’s candidature for the UN membership.

The Foreign Minister of Bangladesh told the journalists present there that through the letter they had requested the United Nations as well as the member-states of the Security Council, including China, to support Bangladesh's inclusion in the world body. In that application, on behalf of the nation, it was pledged to accept the obligations of the UN Charter. Bangladesh's commitment to fulfil the obligations as enshrined in the UN Charter has also been mentioned in that letter.

Furthermore, on 10 August, Bangabandhu, the Prime Minister of Bangladesh, staying in a clinic in London, had sent letters to all members of the Security Council, including China, requesting their support to Bangladesh for the UN membership.

We know that gaining membership in the United Nations had not been easy. China's veto prevented us from joining the UN. Although, Bangladesh applied for membership on 8 August, the members of the Security Council, on 11 August, had agreed to defer until 21 August for further consideration of Bangladesh’s application for the UN membership. On 23 August, a resolution backed by Britain, India, the Soviet Union and Yugoslavia urged the UN Security Council to admit Bangladesh as a member of the UN, but China exercised its veto on 25 August and ultimately Bangladesh could not get the entry to the UN at that time.

I would like to mention here some of those editorials. The Washington Post (24 August) said, “Bangladesh, eighth largest country in the world and one recognised by 80-odd governments, unquestionably deserves membership in the United Nations. But in a special irony, its way is being blocked by China, itself excluded until last year.” The Sun of Baltimore (24 August) wrote that it would contradict the “universality” principle that helped gain Peking its rightful seat in the world organisation and it would prolong tensions in troubled South Asia. The New York Times (26 August) said, “China’s deft exercise in ping-pong diplomacy plunked to the depths of cynical big-power politics at the United Nations yesterday when Peking used its first Security Council veto to block the admission of Bangladesh. Ironically, the veto rejects the concept of universality of the UN membership which was a principal argument in favour of China’s own belated admission to the world organisation last year.” The Christian Science Monitor (29 August) said, “Why did China use its veto power in the Security Council to block the admission of Bangladesh to the United Nations?  The veto marked a departure from the image the Chinese delegation has been carefully cultivating at the UN since its admission ten months ago.” Herald Tribune (28 August) said, “When the delegate of the People’s Republic of China interposed his first veto at the UN Security Council, it had drama simply because it was the initial exertion by Peking of its authority as a permanent member of that body. In addition, it contains those ‘ironies’ that have been implicit in all of China’s position on Bangladesh: the champion, par excellence, of small nations and peoples groaning under an alien yoke makes an exception in the case of the Bengalis.” Pravda (27 August), in its editorial had accused China of sabotage in vetoing UN membership for Bangladesh. Japan Times (29 August) said that consistently, China had attempted to project the image of a nation which was the champion of the third world – of the developing and poor countries.

On 26 August 1972, Bangladesh Awami League of America also organised a demonstration, in front of the Chinese Mission to the United Nations in New York, condemning the Chinese veto on the admission of Bangladesh to the UN. They were carrying posters and placards as well as distributing, among the people, an open letter addressed to the Government of China.

However, in June 1974, Bangladesh re-applied. In the meantime, many changes had taken place in the politics of this sub-continent. As a result of the Delhi Agreement, there was some improvement of relations between Bangladesh and Pakistan. Pakistan recognised Bangladesh. The Father of the Nation participated in the Islamic Conference held in Lahore. In view of the changed political situation, China decided to move away from its previous position.

On that day, with Bangladesh, Grenada and Guinea-Bissau also became the members of the United Nations.

Bangladesh Foreign Minister Dr. Kamal Hossain, who was present at the UN, accepted the messages of congratulation from the member states on the historic occasion and expressed his gratitude. Indian External Affairs Minister Shri Sharan Singh was one of the congratulators present there.