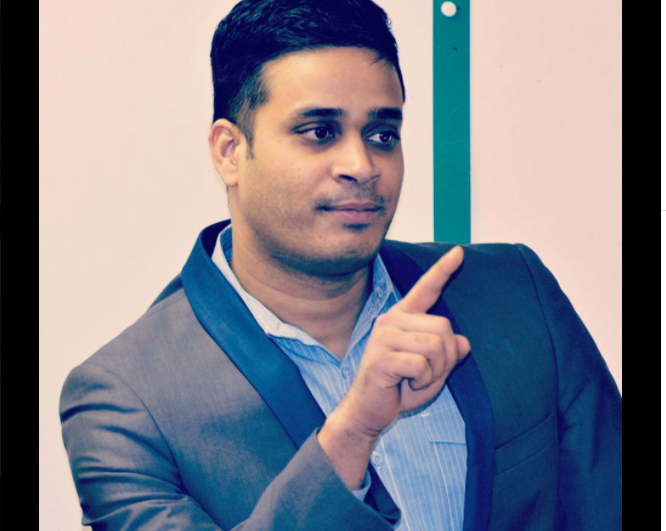 An active law enforcement officer in the New York Police Department's counter-terrorism division has been winning hearts across the world, including Southeast Asia, through his writings, poetry, and lyrics.

Meet Dr. Rajub Bhowmik, who has written more than 500 sonnets about politics, love, philosophy, afterlife, and nature and has published over 20 books showcasing his works on romance, thrillers, research, and poetry. Now, he created a brand new genre of music—Ayna Sangeet.

Bhowmik, who is also a professor at the City University of New York, has pioneered the Ayna Sangeet or the Mirror Song, dubbed as one of its kind, which is different from any songs ever written in the past. And this is how:

Each Ayna songs are formulated with 60 letters only. There are a total of six lines per song, and each line of the song is a total of 10 letters. Six lines of songs will eventually become 12 lines because each line will be sung from both sides of the lyrics. This song will become 120 letters song.

Here is the Lyrics formula:

Recently, popular singer Nazmun Munira Nancy sang the world's first Ayna song titled "Priotomo" and music by Rajan Saha. "I wanted to express and showcase myself through a defined set of rules which could truly embolden the power of words. Under the structure of the Ayna Sangeet, words can really bring impact and push emotion in the music lovers," he said in a recent interview.

Written in Rajub's native tongue, Bengali, Bhowmik has also pioneered the Ayna Sonnets or the Mirror Sonnets, dubbed as one of its kind, which is different from the Shakespearean and French sonnets of the past. Rajub’s Ayna sonnet gained immediate popularity across the world almost instantly, which is comprised of 14 lines, 14 letters on each line, and a specific rhyming pattern. All 14 lines rhyme, and each line can be read from both sides, while the entire poem can also be read from both sides. Bhowmik said what makes the Ayna Sonnet beautiful is the rhyming scheme. He first establishes the theme in the first three quatrains and then provides the solution in the final two lines, which is the couplet.

"As a poet, I always want to connect with my audience, whether you're from Europe, the Americas, or Southeast Asia. I have been writing since I was a kid. Ayna Sangeet is a true melodious version of Ayna sonnets, " he said.

Bhowmik said through his creation, he wants to inspire more writers and poets to experiment and change the face of modern Bangla literature.