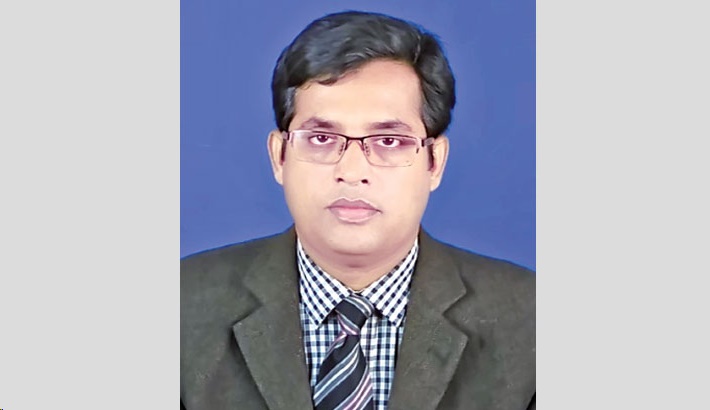 I was dismayed to see the bloody face of Wahida Khanam-the UNO of GhoraghatUpazila in Dinajpur district - on social, print and electronic media in the last few days who was under brutal attack with her father by two individuals. It was ridiculous to imagine that someone would enter the house of a government official at the mid-night through the ventilator of the bathroom and violently injured her. The way the attacker struck her indicates that their main intention was to kill her on the spot.

I am still struggling to comprehend the underlying causes of the horrific incident. More precisely, why the people entered her home at mid-night and committed such a heinous crime. Even for the sake of debate and discussion if I admit that those people might have been annoyed by some of the decisions of the UNO. Do they possess the authority to perpetrate such a brutal crime entering her house at night in front of her father? It is simply a crime against humanity.

The incident can be described from several perspectives. Firstly, it is a serious crime to assault or kill anybody if he/she is an ordinary citizen or a government official. Someone may be annoyed with some decision of the government officials, but the aggravated person has no right to physically assault him/her. They could seek justice from the law court had they considered themselves deprived by any of her decision. The second issue is related to violence against women. The manner in which the UNO was injured demonstrated that it was an intentional violent attack. Therefore, these criminals and their masterminds should be placed before the law for capital punishment.

The third issue concerns the security of the UNO's residence. Generally, the UNO resides in a house on the campus of the Upazila. It was learned from different media sources that she stays with her father and a three-year-old kid in this house. She used to enjoy very strict security at her residence as Chief Executive Officer of the Upazila. Therefore, an important question is, how could those people manage to enter her house through the ventilator? We cannot currently exclude the link between the security forces at the residence of the UNO and those criminals. This issue should therefore be considered by the investigator during their inquiry.

This is not the only attack on a UNO or government officials in the country. Rather, very often we observe that government employees are being harassed by a group of powerful people. One may wonder why such incidents happen from time to time. The first possible reason is that there is a group of political backers who always want to manipulate the official decision making process to realise unfair benefits. Whenever they are being restricted by any government official they become furious and attack them. The second explanation is that the arrogant behaviour of some of the government officials sometimes annoys people. But, in the case of Wahida Khanam, she was very supportive of the people. Her role during the COVID-19 pandemic was highly applauded by all segments of society.

I saw many poor people express their outrage at the brutality as they found wholehearted support from the UNO during the pandemic. A group of people organised a human chain in Ghoraghat demanding the capital punishment of these criminals. These reactions signify that she was very popular to the people and a true administrator who believes in serving the people as a servant, not as a master. Meanwhile, a TV channel has aired news on the purchase of land by her father in the same Upazila. The reporter, based on the interview with the villagers and sellers of the land, has apprehended that this issue may have connection with this attack. It is premature to make any final judgement about the underlying causes of the attack as the law enforcing agencies have been working hard to unearth the real causes. Two men have already been arrested and admitted that they were involved in the incident.

Meanwhile, the law enforcing agencies have also summoned a couple of portfolio holders of the youth wing of the ruling party to inquire whether these politicians have any connection with the crime. Upon interrogation, one of the leaders was allowed to go home. Since then different corners of the society, including social, print and electronic media have started airing different news on his alleged involvement with this incident. The speculation seems convincing when the central committee expelled him from his position due to his involvement in this criminal offence.

While two of the detainees confessed to stealing, it is very difficult to believe that these criminals entered the residence of the UNO only to steal. Having observed the severity of the injury anyone can understand that they entered their house either for killing her or to attain some other objectives. Therefore, the law enforcing agencies should make all-out efforts to discover the root causes of their crime to punish them for their brutality.

Two issues deserve immediate attention of the policymakers to reduce the occurrence of incidence of brutal attacks on the government officials. There has been a paradigm shift in the behaviour of the administrators at the local level as many junior officials are now getting posted as the UNO which was not the case a few years back. Among them, a group of officials, instead of considering them as the servant of the people, consider them as the master of the people. Such mental settings sometimes lead them to take decisions without considering the welfare of the public. However, this certainly did not occur with the UNO of Ghoraghat, who was very kind to people and helped the poor whenever they required assistance from her. Her role as the UNO during the COVID-19 pandemic has been highly applauded by the people of Ghoraghat.

On the other hand, there is a group of people who are mostly the supporters and infiltrators of the ruling party at the local level consider themselves as the playmaker of that particular region. Local politicians, including parliamentarians and portfolio holders of different wings of the ruling party, are the key sources of their influence. Consequently, they plan to exercise disproportionate advantages in various government departments. Whenever they face any resistance from the government officials, they respond harshly.

We have already learned that Home Minister, State Minister of Establishment and the AL General Secretary have expressed their strong commitment to punish the criminals. AL general secretary also pointed out that the issue drew the attention of the Prime Minister, who instructed the relevant authorities to take all steps possible to unearth the underlying causes of the attack, find the masterminds and punish them as soon as possible. Such strong action is required as such incidents, where there is the involvement of the leaders and supporters of the ruling party, may affect the reputation of the government negatively. Such an incident may not only widen the gap between the government officials and citizens but also signify the deteriorating state of the law and order situation in the country. Therefore, to save the image of the government and ensure fair justice to the UNO, the law enforcing agencies should find the criminals along with their masterminds without considering their political ideology to ensure capital punishment within the shortest possible time. This will allow people to retain faith in law enforcing agencies and the Government.