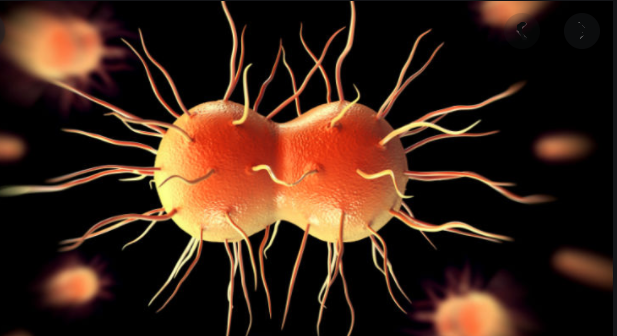 Gonorrhoea cases in England are at the highest level since records began more than 100 years ago.

Although it's too early to tell, health experts suspect last year's figures will be in stark contrast to those from 2020.

These could be much lower because of lockdown, meaning fewer people having sex with new partners this year.

"So while it may well mean that next year we see a drop, we need a clear strategy for tackling STIs in the long term."

What do the statistics show?
The figures from Public Health England suggest that between 2018-19 increases in gonorrhoea, chlamydia and syphilis were reported in all those aged 15 and older.

Symptoms can include a thick green or yellow discharge from sexual organs, pain when urinating and bleeding between periods.

However, it often has no symptoms.

The latest STI stats can seem alarming, but experts say the rise can be partly explained by more and better testing.

Lockdown will affect STI rates
Although some experts view the pandemic as a "once in a lifetime opportunity" to drive down STIs permanently, others say it will only result in a short-term dip in cases.

A decrease, short or long term, may partly come from people being put off going for testing - but also because social distancing means we're having less sex and therefore fewer tests are needed.

"But many areas of the country now offer postal testing services... in some situations people can get treatment or contraception by post too.

Should I be worried about having sex again?
The key is to be open about your health with any potential partners.

"We're now six months into this and asking people of any age not to have sex indefinitely is not realistic," says Fraser from the Terrence Higgins Trust.

"Don't have sex if you have symptoms and before starting to have sex again there's this opportunity to get tested for STIs including HIV."