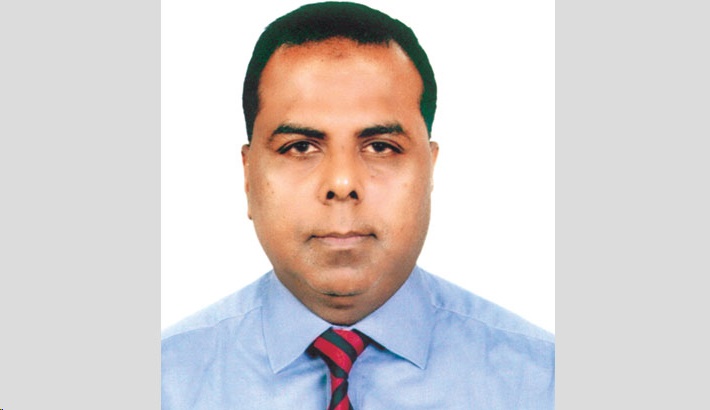 Globally bribery and corruption are common terms used to indicate corruption in procurement and supply chain management. The act of bribery can be described as the offer, promise or giving of a financial or other advantages for a private gain intending that, in consequence, a relevant procurement function or activity will be performed improperly. Bribery can be committed to obtain or retain a contract or other business advantages. While, corruption can be described as the request, agreeing to receive or accepting a financial or other advantage intending that in consequences a relevant procurement function or activity is performed improperly. The World Bank simplifies this definition to the abuse of a public office for private gain. Bribery and corruption carry a considerable economic cost. According to Transparency International (TI) illicit financial flow (from bribery, corruption, theft and tax evasion) cost in developing countries USD 1.26 trillion per year. OECD states that the cost of corruption globally accounts for more than 5% of global GDP (USD 2.6 trillion) with over USD 1 trillion paid in bribes each year (Source: Eradicate fraud, bribery and corruption in procurement and supply, CIPS, UK 2020). The world spending on public procurement (procurement of goods, works and services) was about USD 11 trillion in 2018, amounting to 12 per cent of global GDP (Source: Simeon Djankov, August 10, 2020).

Public procurement represents more than one-tenth of national output in high-income countries, including 24 per cent of GDP in Switzerland, 21 per cent in the Netherlands, and 18 per cent in Singapore. Governments in developing countries also procure a large share of their expenditures. Kenya, for example, procures 26 per cent of GDP, Bangladesh spending (2019-20) in public procurement about USD 16~17 million. Public procurement is also the world’s biggest source of corruption, fraud, and abuse, including bid rigging, cost overruns, favouritism toward politically connected bidders, and lack of transparency and fairness, collusion between politicians and firms, and simply bad choices (Source: Simeon Djankov, August 10, 2020).

Government procurement is often supposed to be carried out according to the principles of International Competitive Bidding (ICB) and local government public procurement laws/acts. The major steps in the procurement procedure are: (1) the choice of what to request; (2) the tender design, including the technical specifications and criteria of evaluation; (3) qualification and identification of the tenderers, including pre-qualification and short-listing; (4) the tender; (5) evaluation, contract award; (6) negotiations, final agreement; (7) execution/delivery; (8) controls/contract management.

A blockchain is, in the simplest of terms, a time-stamped series of immutable records of data that is managed by a cluster of computers not owned by any single entity. Each of these blocks of data (i.e. block) is secured and bound to each other using cryptographic principles (i.e. chain). The blockchain network has no central authority — it is the very definition of a democratised system. Since it is a shared in immutable ledger, the information in it is open for anyone and everyone to see. Hence, anything that is built on the blockchain is by its nature transparent and everyone involved is accountable for their actions as per the following image.

The blockchain is a simple yet ingenious way of passing information from one party to another in a fully automated and safe manner. One party to a transaction initiates the process by creating a block. This block is verified by thousands, perhaps millions of computers distributed around the net. The verified block is added to a chain, which is stored across the net, creating not just a unique record, but a unique record with a unique history. Falsifying a single record would mean falsifying the entire chain in millions of instances.

It may be clear by an example. Think of a railway company. We buy tickets on an app or the web. The credit card company takes a cut for processing the transaction. Blockchains, not only can the railway operator save on credit card processing fees, it can move the entire ticketing process to the blockchain. The two parties in the transaction are the railway company and the passenger. The ticket is a block, which will be added to a ticket blockchain. Just as a monetary transaction on the blockchain is a unique, independently verifiable and unfalsifiable record (like Bitcoin), so can your ticket be. Incidentally, the final ticket blockchain is also a record of all transactions for, say, a certain train route, or even the entire train network, comprising every ticket ever sold, every journey ever taken. But the key here is this: it’s free. Not only can the blockchain transfer and store money, but it can also replace all processes and business model that rely on charging a small fee for a transaction or any other transaction between two parties.

The reason why the blockchain has gained so much admiration is that it is not owned by a single entity, hence it is decentralised; the data is cryptographically stored inside; the blockchain is immutable; so no one can tamper with the data that is inside the blockchain; and the blockchain is transparent so one can track the data if they want to get it. The three main properties of blockchain technology which have helped it gain widespread acclaim are: (1) Decentralisation, (2) Transparency and (3) Immutability. The blockchain is completely use of a ‘Peer-to-Peer” downloading network system. One of the main uses of the peer-to-peer network is file sharing, also called torrenting. If you are to use a client-server model for downloading, then it is usually extremely slow and entirely dependent on the health of the server. Plus, as we said, it is prone to censorship. However, in a peer-to-peer system, there is no central authority, and hence if even one of the peers in the network goes out of the race, you still have more peers to download from. Plus, it is not subject to the idealistic standards of a central system; hence it is not prone to censorship. We may compare the two (traditional and decentralised downloading) in the following images:

Benefits of Blockchain in Public Procurement

The scale and scope of procurement corruption is not new. Countries and localities have attempted to stymie this behaviour for years by codifying standards, prohibitions and formal processes, but this has often only raised the costs of corruption rather than fully deterring it. Weak rule of law or limited political will often stunt the efficacy of such measures.

Blockchain-based government procurement offers potential to disinfect – or de-corrupt – their procurement processes through “technologically induced sunlight”. Blockchain enables permanent and tamper-evident record keeping, real-time transparency and auditability, and automated “smart contracts.” This increases uniformity, objectivity and transparency. For instance, blockchain makes it more difficult to remove records of bids (tenders) and public comments, or to alter bid or tender offers once submitted. This decentralizes decision-making, oversight and record-keeping, enhances transparency and devolves power away from authorities who might be prone to corruption.

During the COVID-19 pandemic, many governments began emergency direct contracting to procure necessary health services and supplies. These contracts are particularly high risk as they are awarded very quickly in the absence of competitive auction. Next-generation electronic procurement systems, including those developed with blockchain, can record direct-contract activity in a permanent, secure and automated manner to potentially reduce corruption risk going forward.

The presence of crypto currencies can pose problems ranging from legal or regulatory roadblocks to unintentional exposure of vendors’ identities during anonymous bidding/tendering. Additionally, fully public and permissionless blockchains have limitations regarding transaction scalability, but this may be addressed by future technology developments or alternative configurations involving “private” or “hybrid” networks. When it comes to public procurement, blockchain’s promise warrants cautious enthusiasm and thoughtful experimentation.

It is noted that blockchain is not an anti-corruption panacea. No technology, including blockchain, can eliminate corruption risk from certain human activities that occur outside the electronic platform, such as bribery or collusion. Cultural change, informed policy-making and sustained political buy-in are essential to meaningfully reduce corruption in procurement. Despite the benefits, there are multiple challenges with fully public and permissionless blockchain networks like Ethereum (Source: The World Economic Forum COVID-19 Action Platform Report, June 15, 2020. How governments can leverage policy and blockchain technology to stunt public corruption).

Electronic procurement (“e-procurement”) refers to “the use of any internet-based inter-organisational centralised information system that automates and integrates any parts of the procurement process in order to improve efficiency, transparency and accountability in the wider public sector”. By transferring the formerly centralised and opaque processes of public procurement to the internet, e-procurement promotes transparent and efficient information flows and increases accessibility for prospective vendors and civil society. Any or all of the procurement process can occur on an electronic platform: advertising, tendering, bidding, awarding, purchasing, ordering, contracting, invoicing and other forms of project management. A vast majority of economies across the world have adopted e-procurement systems as a national policy. The services offered on these platforms range from static informational hubs to interactive portals where vendors and procurement officials can carry out the entire tendering process. Additionally, e-procurement systems have produced benefits beyond the anti-corruption agenda, with studies showing increased vendor competition and government savings.

However, many of these studies focus on the yet-to be-realised potential of the technologies or best-case scenarios. The attainment of these benefits depends on the nature of the e-procurement services and the surrounding policy infrastructure. Though at least 154 countries use some form of national e-procurement system, most merely publish public procurement laws and regulations, with fewer countries publicizing procurement plans (74 countries), tender documents (97 countries) and award notices (122 countries). Only 24 countries legally mandate such measures. E-procurement has the following limitations:

•             Data and documentation are often restricted to government officials and registered vendors;

•             E-procurement implementation can also be stunted by technological, social and legal barriers;

•             Existing laws can also hinder the adoption of e-procurement by mandating hard-copy procurement documentation or by inadequately addressing e-procurement concerns, like the force of e-contracts and the role of electronic signatures etc.

Use of Blockchian in Public Procurement of Bangladesh: Context Post Covid-19 Pandemic

The eGP guidelines were approved by the Government of the People's Republic of Bangladesh in pursuant to Section 65 of the Public Procurement Act, 2006. As per approved guidelines, e-GP system has been introduced and implemented since 2011. The eGP system has been developed and introduced in two phases. In the first phase, e-Tendering has been introduced on pilot basis in the CPTU and 16 other Procuring Entities (PEs) under 4 (four) sectoral agencies.  The system rolled out to 291 PEs of 4 sectoral agencies is now expanding to all the PEs of the government up to Districts and sub-Districts level. In the second phase, e-Contract Management System (e-CMS) has been developed and yet to be introduced and implemented. eCMS is a complete electronic contract management system which provides platform for preparation of work plan and its submission; defining milestone, tracking and monitoring progress, generating reports, performing quality checks, generation of running bills, vendor rating, generation and issuance of completion certificate (Source: CPTU Website: https://www.cptu.gov.bd).

CPTU may take the lead in introduction of Blockchain Technology in Public Procurement. If CPTU has limitation, the Blockchain Technology may be introduced by Information Communication and Technology Division (ICTD), Ministry of Post, Telecommunication and Information Technology as the mandated government organisation for ICT development in Bangladesh. ICT Division has developed lots of effectives and useful ICT based technologies quickly to combat the Covid-19 pandemic in Bangladesh and meeting the vision: Digital Bangladesh 2021. ICTD has a good team, those who are working with the Blockchain technologies.