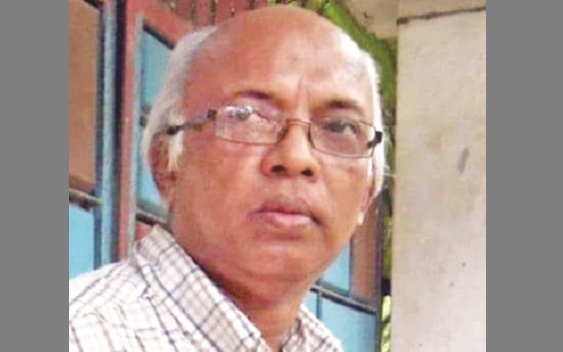 In the 1970s, as he governed Bangladesh in its early years, Bangabandhu Sheikh Mujibur Rahman had a blunt message for the bureaucracy:

“To my brothers in the civil service, I have this to say: the expenses of your education and your training are borne by the poor peasants and workers of this country. The least you can do to repay them is by serving them and the country with diligence and honesty.”

That advice appears to have fallen by the wayside over the years. When you hear of a civil servant making thirteen official visits abroad in nineteen months, on what have been touted as study tours, and that too in the company of his spouse and children, you are yet again brought squarely up against the decadence that has come into the civil service in Bangladesh. This bureaucrat is certainly not the only one to have made those trips abroad at state expense. There have been hordes of others like him in these four decades.

The question we must now deal with is simple: When the rules stipulate that a secretary cannot travel overseas more than four times a year, how did this particular civil servant go out of the country so many times? If the PMO is supposed to vet officials’ trips abroad, there was clearly something wrong with those who advanced the case for this individual and saw nothing improper about his globe-trotting. The planning minister has, of course, expressed his displeasure at the bureaucrat’s travels. But is that enough? Who will now explain why and through whose favours this person was able to stay away from his office and instead go visiting lands without any results to show for it? Nothing remotely resembling study tours was there. The visits give off the odour of pleasure trips.

The case of the peripatetic bureaucrat calls for some serious rethinking to come into the way the civil service has been functioning. These days we are often informed that there are senior secretaries to the government. That entails the existence of junior secretaries as well. But that is a distinction which runs contrary to civil service traditions. One is either a secretary or one is not. Who decided on that senior or junior appendage to the position? Add to that the increasingly bloated nature of the bureaucracy in Bangladesh. Every so often, entire groups of civil servants get promoted as deputy secretaries, joint secretaries and additional secretaries. The truth in our times, and worldwide, is simple: that government is best which has the bureaucracy get off its back.

In our case, most of these men who are periodically promoted often discover that they have no offices to work in, that indeed their responsibilities are not specified for them. The salaries and other entitlements that come their way are a clear drain on the resources of the state. Let a simple example suffice here. In recent times, news of bureaucrats being provided with cars and with Tk 50,000 a month each for maintenance of the vehicles flies in the face of the terrible realities we are up against in these times.

When people are losing jobs, when salaries everywhere are being slashed, when survival is an issue which concerns an entire nation, measures toward making life even more comfortable than it already is for civil servants and their families is an embarrassment for citizens.

Let us be brutally frank. In the economically strained circumstances we find ourselves in today, austerity ought to have been the preoccupation. Those cars and that monthly vehicle maintenance tranche convey the impression that God is in His heaven and all is right with the world. The dark truth is that things have never been all right with our civil service, grown increasingly mediocre as it has over time. In plain terms, civil service reforms, those that will reflect the concerns of citizens, of the peasants and workers Bangabandhu spoke of, are called for. The civil service, a holdover from British and Pakistani colonial times, must be reshaped in the best interests of the state.

Here is how the process can begin. A wholesale transformation in the selection structure for the civil service will be necessary. The very system of civil service examinations that allows candidates for government employment to give their options --- foreign affairs, police service, administration, education, customs, et cetera --- has incoming civil servants segmented into elitism that only gets solidified as the years go by. The selection process should simply focus on candidates’ performance and only after that should the decision makers assign successful candidates to the departments and ministries where they can make their contributions. And yet there is a caveat: no civil servant should become a permanent fixture of a particular ministry. One in education can at a point move to the police service and the other way round. In similar manner, one in the diplomatic service can be transferred to agriculture.

The purpose ought to be to prevent civil servants from turning into armchair officials remote from the population. All civil servants, and it does not matter at what stage of their careers they happen to be in, must periodically undergo re-education as a way of testing their affinity with the masses. Since Bangladesh is an agrarian country, and given that bureaucrats have generally inhabited a world at variance with that of the common citizens of the country, it is important that they be brought into a system which will entail constant linkages with the people whose concerns they are expected to address. The present structure of the civil service is a hindrance to such interaction between bureaucrats and the ordinary masses.

Fresh thought should also be given to devolution in the political structure, through empowering upazila and union parishads with financial and political authority to conduct administrative business in the areas under their control. We now have a rather chaotic system where an unelected upazila nirbahi officer (UNO) exercises a degree of power which in a democratic system should be the prerogative of the elected upazila chairman. The UNO should be there to advise elected upazila officials, not exercise authority parallel or superior to them.

There is something else that needs to be done. All too often, civil servants are found sitting in on meetings of the cabinet. Of course, at any cabinet meeting, secretaries and other senior officials will often be called upon to clarify a point or present details of a project or the like to ministers. But when that becomes necessary, they can be summoned from an adjacent room. It is not a healthy sight observing bureaucrats in a room where their political heads deliberate on affairs of state. One other change needs to be considered. Following every cabinet meeting, it is the principal secretary to the PMO who regularly briefs the media on the issues discussed and decisions arrived at. That is a job which should be done by the press secretary to the prime minister and no one else. Civil servants ought not to be in the spotlight. They are expected to be faceless.

We certainly cannot wish the bureaucracy away. But we can reconfigure it in light of our national aspirations, given the objective realities prevalent in the country. Bureaucrats do not have to be pampered; they do not have to waste state resources on pointless trips abroad (and neither should politicians). Civil servants must keep the administrative machinery of the state running, not exploit it.

There is a message too for politicians: they must ensure that civil servants can work in a thoroughly professional manner, that they do not become tainted by political partisanship. Honest civil servants have over the years often been sidelined in this country. Many others have had their reputations tarnished through association, willing or otherwise, with those who have exercised political power.