Bangabandhu in London and Geneva for Treatment 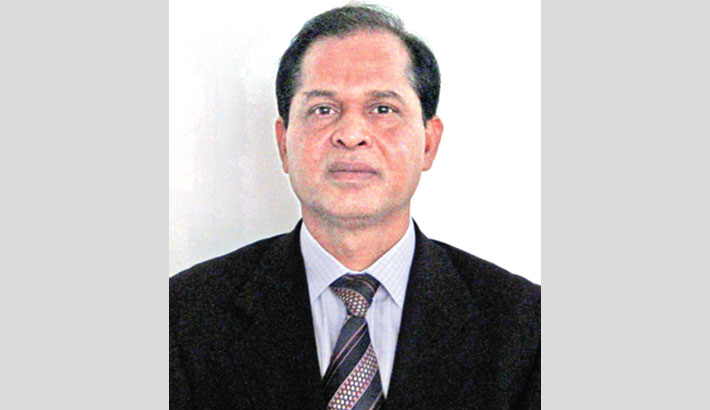 Doctors in Bangladesh found a stone in the gall bladder of the Father of the Nation Bangabandhu Sheikh Mujibur Rahman. He needed immediate operation before the condition deteriorated further. The war-ravaged Bangladesh did not yet have established any such treatment facilities in its hospitals for that operation. Following the advice of the doctors, Bangabandhu had to leave Dhaka on 26 July 1972 for London to undergo an operation there for removal of the stone from his gall bladder. On 27 July, he was admitted to the London Clinic. On 30 July, the Queen’s Surgeon Sir Edward Muir did the operation successfully and brought out the stone from Bangabandhu’s gall bladder.

On 8 August, British Foreign Secretary Sir Alec Douglas Hume came to see Bangabandhu at the clinic and enquired about Bangabandhu’s health condition. He spent some time with Bangabandhu. The same day, with the approval of Bangabandhu as well as of the cabinet, Bangladesh officially forwarded its application to UN Secretary General Mr. Kurt Waldheim seeking the UN membership. The application, signed by the Foreign Minister, was sent telegraphically to the UN Secretary General with copies to the UN representative in Dhaka and the Ambassador of Bangladesh in Washington.

However, on 10 August, Bangabandhu, the Prime Minister of Bangladesh, staying in the clinic in London, had sent letters to all members of the Security Council (including China) requesting their support to Bangladesh candidature for the United Nations membership. The members of the Security Council, on 11 August, had agreed to defer until 21 August for further consideration of Bangladesh’s application for the UN membership. On 23 August, a resolution backed by Britain, India, the Soviet Union and Yugoslavia urged the UN Security Council to admit Bangladesh as a member of the UN, but China exercised its veto on 25 August and ultimately Bangladesh could not get the entry to the United Nations at that time.

On 18 August 1972, the British Prime Minister Sir Edward Heath met Bangabandhu Sheikh Mujibur Rahman at his hotel. That was the first meeting between the British Prime Minister and Bangabandhu since his arrival in London for treatment about three weeks ago. They discussed a number of important international and bilateral issues, particularly the application of Bangladesh seeking the UN membership.

After the brief meeting, Mr Heath said that he had "very satisfactory discussions" with the Prime Minister of Bangladesh. In addition to query about  Bangabandhu's physical well-being, he said that he had exchanged views with Bangabandhu on a number of issues of mutual interest as well as important international issues, including the situation in the sub-continent. Among other issues, Bangabandhu informed the British Prime Minister that he would not sit for any talks with Mr. Bhutto, if Pakistan did not recognise Bangladesh.

By that time, Bangabandhu's health had improved a lot, though he was feeling some physical weaknesses. On the other hand, he had already accepted the invitation of the Swiss government for convalesce in Switzerland. So, Bangabandhu started taking preparation to leave London at the soonest possible. But before his travel to Geneva, he had to get the clearance from his doctor and as usual he finished all his check-ups in the clinic where he had his operation.

Bangabandhu's days in Geneva were bound by restrictions according to his doctor's advice. There was no way to cross that. His doctor had advised for complete rest. But as he was slowly recovering from his weakness, visitors started showing their interest in seeing him. It was not at all possible on the part of a person like Bangabandhu to remain confined in a house without talking to people. He liked to meet people and talk to them. He could stay mum having so many things in his mind. Beyond everything, he was eager to return to his country, to his people. So considering the overall situation, it was decided to allow a very few visitors to meet him.

One day, William Ellis, senior editor of the US monthly National Geographic, came to interview Bangabandhu. In that interview, Bangabandhu expressed his deep hope and said, "We will overcome our losses." He told him, "We all in our country have suffered and are suffering. But I am telling you, the people of Bangladesh will overcome all the hardships.''

On 30 August, Mr. Albert Mayer, Director of the International Press Institute, called on Bangabandhu. He discussed a number of important issues with Bangabandhu, in addition to enquiring his physical condition.

On 1 September, Mr. Neville, President of the International Committee of the Red Cross, came to meet Bangabandhu. They talked for about an hour. Bangabandhu told him that the Red Cross should take appropriate measures for the physical security, well-being and repatriation of the Bangalees detained in Pakistan. Mr. Neville assured Bangabandhu of extending their all out support and cooperation to those detained Bangladeshis.

During his stay in Geneva, Bangabandhu had to summon the Law and Parliamentary Affairs Minister Dr. Kamal Hossain for urgent discussion on constitutional matters. At that time, Dr. Kamal was attending an international conference in Italy. Bangabandhu directed the Minister to expedite the framing of the Constitution of Bangladesh reflecting the hopes and aspirations of the people as well as to enable the country to hold its first general election as soon as possible. He had also held a meeting with all Bangladesh Ambassadors posted in Europe.

Bangabandhu finally left Geneva on 13 September 1972 for Bangladesh. The next day, having a short stop-over in Delhi, he reached Dhaka after one and a half month.