Yaba smuggling goes on despite crackdown 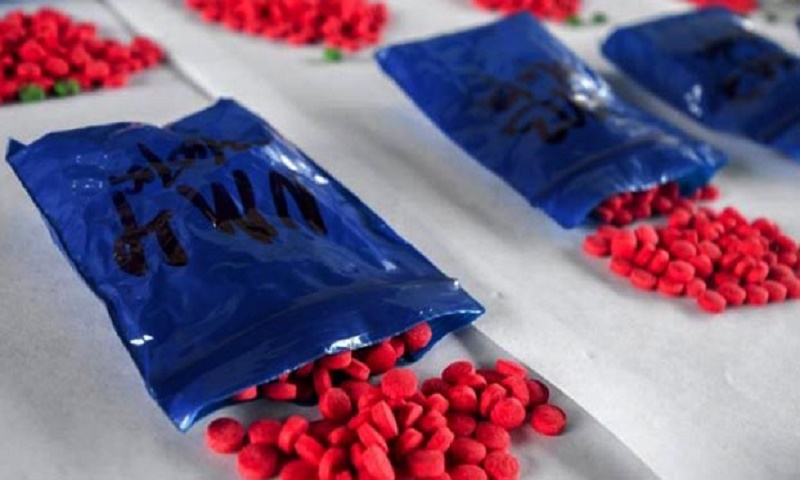 The smuggling of the deadly drug yaba into the country from the neighbouring Myanmar is still going on amid the law enforcers’ massive crackdown against the drug traffickers in the capital and elsewhere in the country.

Sources said the yaba smuggling as well as its business has not abated as a good number of listed yaba traffickers are still at large.

Last year, 102 listed yaba smugglers including 16 relatives of ex-lawmaker Bodi of Teknaf in Cox’s bazaar have surrendered to law enforcers, but over 50 such drug traffickers including some godfathers and police officers listed by the home ministry still remain on the loose, detective sources said.

Such branded drug traders through their field-level workers have been carrying out yaba business in Teknaf and other parts across the country.

Such banned yaba tablets are being smuggled into the country through different land bordering points of Teknaf in Cox’sbazar and its surrounding waterways of the Bay of Bengal, detective sources said.

In the face of RAB interrogation, the detainees confessed that they were involved in drug dealing for a long time.

”We have learnt that a section of trawler owners are involved in yaba smuggling,” he said.

According to Border Guard Bangladesh (BGB) record, a total of 36,77,594 pieces of yaba tablets have been seized by the BGB members from different places of the Teknaf upazila in Cox’s bazaar in the last eight months.

13 listed yaba traders have been killed in separate encounters with the BGB members during the period, BGB sources said.  Besides, 13 Rohyngas were also arrested in connection with the yaba business. Lakhs of yaba pills worth crores of taka are being seized during the anti-drug operations in the Cox’s bazaar and other parts of the country.

As part of its move, intelligence wings of different law enforcement agencies have already identified around 1,000 drug traders and 500 drug spots in the capital.

At the same time, the striking teams would also go for tough action against those dishonest policemen who are in collusion with the listed drug traders to run their immoral trade in exchange of money, police sources said.

He said a number of drug traders are being caught with various drug items from different parts of the country often. They are also being awarded various terms of imprisonment on charges of carrying drug. But soon, they get release from jail on bail through various loopholes of the law and get involved in the same profession again, he added.  City-dwellers allege that listed criminals as well as drug smugglers having link with dishonest policemen have turned most of the lanes, by-lanes even residential areas in the capital and its outskirts including Keranigonj, Tongi, Savar and Siddirgonj areas safe haven for drug business.

Youngsters, mostly school, college and university-going boys and girls are reportedly getting highly addicted to these dangerous drug items day by day.  Due to the law enforcers’ weakness, the drug traders continue their drug business unabated in different areas, even in residential areas.

Like urban areas, yaba tables are also being transported to most rural areas in the country.  Due to rising trend of drug addiction, all kinds of criminal activities like killing, mugging, hijacking, robbery and stealing also marked a sharp rise in different parts of country including in the capital, many believe.