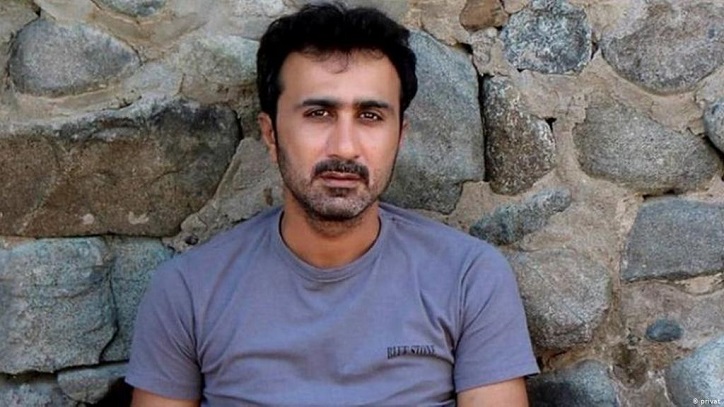 It’s the same every time, the story breaks out, gets written and advertised for at least a month before it disappears from the radars of the press. The story starts with a body dumped into a river. The body of a Baloch journalist, Sajid Hussain.

Unfortunately, it is not uncommon to find mutilated dead bodies, in various stage of decomposition and beyond recognition dotting the roads of Balochistan; it is part of the nefarious ‘kill and dump’ policy of Pakistani intelligence agencies highlighted many times by human rights organizations, both national and international. But this time, there was a twist in the usual plot.

Sajid was dumped into a river, but the river was in Uppsala, Sweden – the place where he had fled to and asked for political asylum. “His body was found on 23 April in the Fyris river outside Uppsala,” Jonas Eronen, a police spokesman, said. A crime could not be completely ruled out, but Hussain’s death could easily have been either an accident or suicide. And now, even after more than three months, the Swedish authorities have not given any response.

His family was allowed to see the body after two months, and have been denied permission to bury Sajid in Balochistan by the Interior Ministry until Pakistan’s Inter-Services Intelligence (ISI) does not give permission. The clearance was given on July 30 but, with the clearance, another strange thing happens.

An Urdu newspaper, in Pakistan, carried a story on Sajid quoting the police report on his death. According to the article, the investigative reports states that Sajid has not been killed but his death was an accident. Point is, nobody has this police report and the person the article is quoting as a source, Taj Baloch, who was Sajid’s flatmate, has no idea of what the article is talking about.

The family, until today, has not been given any investigative report and the Swedish police are not even releasing the post mortem report – not to the family or the lawyers, even after more than three months. According to sources close to the family: “There must be something political and diplomatic going on between Sweden and Pakistan”.

And there must be for sure, because this is just unbelievable, especially for a European citizen that Sweden is behaving in this particular way – similar to Pakistan.

And, if the article tells the truth, it is even worst: giving reports to Pakistani press and intelligence agencies (don’t forget, in Pakistan, press is controlled by the agencies) before the family is informed is not only against the law but against any decency.

The Swedish police should answer many questions, and quickly: Why the investigations about Sajid’s death started only the March 28 if he disappeared on March 2? Why during all this time they did not give any news to the family about the developments of the case? Why after a round of inquiries, there was only a deafening silence? How a body can stay for almost two months in a river which, by definition, flows? Why the post mortem report is not out after more than three months? And, why somebody who had survived ISI and Frontier Corps ‘attention’ would go and drop himself in a river in Sweden?

The article, quoting the police report on his death, is perfectly in line with the ISI behaviour, and they are most probably trying to cook up a story in order to wash their hands off Sajid’s death.

But, since Sajid had been granted political asylum, Swedish authorities must have been familiar with Pakistan’s behaviour toward its own citizens.

A number of human rights organizations have been openly calling out Pakistani ISI for Sajid’s murder. But, apparently, no attempt of investigation has been done. No country and no official international body is even trying to charge Pakistan for enforced disappearances and kill and dump, even though they violate international treaties and laws.

Filing Sajid’s disappearance and murder as an ‘accident or suicide’ case is very tempting, because it will allow Swedish Government, and other European governments after it, to deny what is happening under their own noses. Sajid is dead, but his death should not be taken lightly. European governments are responsible for the safety of their citizens.

Democratic governments are responsible for the freedom of those fleeing dictatorial, military regimes. Silence and connivance with those regimes in the name of diplomatic relationships are as criminal as the deeds of the perpetrators.