Mittens the cat could become New Zealander of the Year 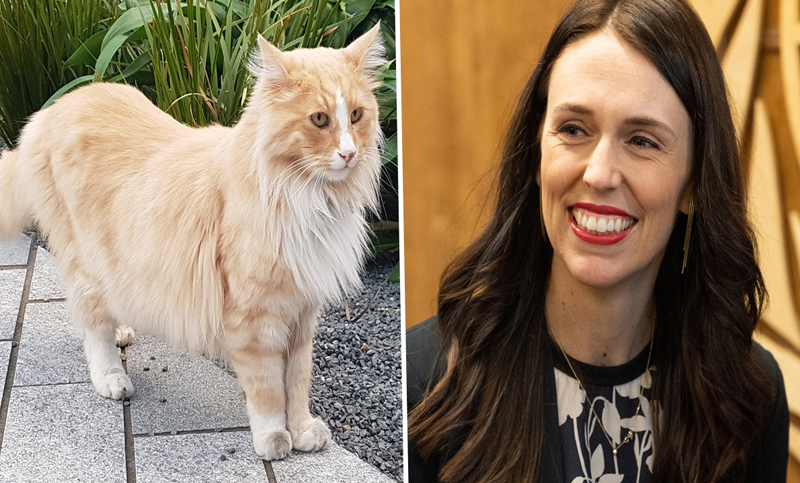 Mittens the cat, a famous feline from Wellington, is in the running to be voted New Zealander of the Year, going up against Prime Minister Jacinda Ardern and Director-General of Health Dr. Ashley Bloomfield.

The feline joins a host of nominees for the annual Kiwibank award, including figures from sectors such as politics, media, health, music and design.

Mittens has become a celebrity after locals in New Zealand's capital city started documenting his adventures around town.
The cat, a Turkish Angora, has his own Facebook page -- "The Wondrous Adventures of Mittens" -- with more than 52,000 members.

The Wellington Museum has also dedicated a mini exhibition to Mittens and his adventures, named "Floofy and Famous."
And in May the mayor of Wellington, Andy Foster, gave Mittens the key to the city, an honor previously granted to "The Lord of the Rings" director Peter Jackson.

Mittens was given the honor "in recognition of bringing happiness, laughter and coolness to the capital -- and putting the city on the map internationally with his feline antics," according to a Wellington government statement at the time.

Other nominees for New Zealander of the Year include microbiologist Siouxsie Wiles, lawmaker Chloe Swarbrick and journalist Patrick Gower, according to a press release published Tuesday.

"In this extraordinary year, we know that everyone has a hero," said Miriama Kamo, patron of Kiwibank New Zealander of the Year Awards.

"You've seen them in action, you've heard them, you may live with them -- these incredible New Zealanders deserve recognition for stepping up, this year and every year," she added.

However, the press release also contained a hint as to who may be leading the race, revealing that there had been a "significant number" of nominations for Dr. Bloomfield, who has become the face of New Zealand's coronavirus response.

Nominations close on August 30 and judging panels will evaluate their merits over at least two rounds, according to the press release, before semi-finalists are announced in December.

Overall winners will be announced on March 18 2021.