Bangabandhu: The Portrait of a Visionary Leader 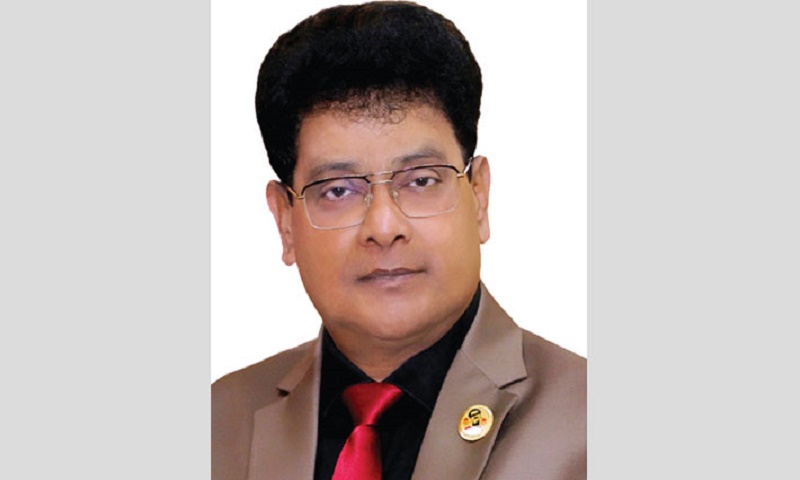 Bangabandhu Sheikh Mujibur Rahman is the greatest Bengali of all time because he secured a place for us in the world map. He endowed the Bengalis with the gift of a permanent address. Bangabandhu or the Father of the Nation—by whatever name we call him, his humongous inspirational appearance occupies the lane of our memory whenever we tend to think about anything in the context of Bangladesh. Bangabandhu did not become the father of the Nation in a single moment or a day. Moreover, you cannot instigate a nation into a self-sacrificial struggle with a two-minute radio message only. On the eve of the advent of Bangladesh, Bangabandhu was able to assume the generation’s dream and structure it into a singular goal of freedom by gradually transfusing the dream into the sensibility of the commons. It was Bangabandhu Sheikh Mujibur Rahman whose visionary directions made it possible for the Bengali nation to stand tall on solid ground of self-confidence and wading through a sea of blood, reach the shores of freedom keeping their colours aloft in 1971. His heartfelt dreams, his epic life's work, his promises all melted into a singularity to churn the spirit of Bengaliness.

Bangabandhu Sheikh Mujibur Rahman, in all respects, was an example of the most complete Bengali in the millennium-long history of Bengal. As renowned journalist Cyril Dunn puts it, “In the thousand-year history of Bangladesh, Sheikh Mujib is the only leader who has, in terms of blood, race, language, culture and birth, been a full-blooded Bengali. His voice was redolent of thunder. His charisma worked as magic on people. The courage and charm that flowed from him made him a unique superman in this time.” Following Bangabandhu’s declaration of the independence of Bangladesh on March 26, 1971 Newsweek Magazine on April 5 analysed, “Tall for a Bengali, with a touch of graying hair, a bushy moustache, and alter black eyes—Mujib can attract a crowd of million people to his rallies and hold them spellbound with great rolling waves of emotional rhetoric. He is a poet of politics. So his style may be just what was needed to unite all the classes and ideologies of the region.”

Since the 1960s, one of Bangabandhu’s major political objectives was the emancipation of the people of Bangladesh. To that end, the establishment of a mass-oriented idealistic political organization was a priority which was accomplished by the formation of Awami League. Bangabandhu wanted the organisation to become an open public forum, which would give rooms for all Bengalis to be united and create a national consciousness. The Awami League, by means of Bangabandhu’s unique organisational efficacy, became the main political platform in Bengal within a limited span of time from its inception. The aura of his strong personality did not allow the seedlings of small contentions inside the party to turn into huge poison trees. It was possible because his character had equal shares of both tolerance and sensitivity. Once someone came into contact with his mesmerizing personality, he could not follow anyone else. The evidence of this is that the numerous people from every nook and corner of  Bengal who once gathered under the Awami League flag following his clarioncall, have not turned their backs on him in their lifetime. It was Bangabandhu himself who shaped Awami League into the largest political organisation in Bengal.

When the Awami League stood confidently on a rock-solid foundation under the auspicious leadership of Bangabandhu, the Bengali nation gradually became aware of its self-identity and became antagonistic towards subservience. Bangabandhu emerged as a shining star in the darkling sky of the fate of Bengal, through the48-52 Language Movement, the movement for political autonomy and socio-economic rights in the wake of the 54’s elections, the cultural resistance movement throughout the 60s, the student movement against the 62’s Sharif Education Commission report, andthe six-point demand movement of 66 to ascertain a future of development for the people of Bengal, who were the most oppressed and sidelined part of the population for decades. The main stream of freedom remained like an undercurrent in the 6-point demand he had raised in 1966, which earned anunhesitant spontaneous support of the pan Bengalis through the mass upheaval of 1969 and the elections of 1970. In a country where a group of people demanded their separate individual currency and a separate militia, the demand for independence became obvious and did not need a proclamation.

The formulator of six-point demand, Bangabandhu appeared as the chief spokesman of East Pakistan because he was able to make this dream public. The unconditional support of the Bengali nation made his political position so strong that Ayub Khan and his associates got scared and adopted a policy of keeping him in prison. Bangabandhu deemed his personal life worthless against the task of protecting the nation from exploitation. In return, the people of East Bengal out of affectionconferred upon him the title Bangabandhu (February 23, 1969). Prior to the struggle for liberation, Bangabandhu had restored the bravery of the Bengali nation which had earlier been long under the clutch of subservience. The 19-minute-long fire exhaling speech he delivered addressing the swaying ocean of a crowd at the Racecourse Ground on 7 March 1971, was aninornate but heartfelt one, in which he assumed himself as one among all common Bengalis and addressed them, “O brothers mine!”

But the official call came in the dead of night at the first quarter of 26 March as Bangabandhu, just before getting arrested by the Pakistani Army, declared the independence of Bangladesh. This was not a mere announcement of some emotionally charged statements to the world; it was a growling roar of a long trampled nation on the eve of the establishment of its self-identity. This roar befittingly resonated from the mouth of the nation’s greatest soncasting a magical spell and binding the whole nation with the thread of a single goal which made the advent of the sun of independence in the bleak sky of Bengal thus making a new epoch for the Bengalis. This achievement was never easy. The brave and inspiring leadership needed to reach this glory was found by the Bengalis in Bangabandhu. So, despite being captivated during the liberation war in a West Pakistan prison he was a constant and ceaseless source of inspiration for the freedom fighters, the unrivaled General of our liberation war.

When he returned from the Pakistani prison to a free Bangladesh in January 1972, his role also changed. This time, he became a visionary statesman. He had to confront thousands of problems. The reconstruction and economic development of a war-torn country has never been easy. But Bangabandhu has never showed back to struggle. He used all his power and abilities in the new struggle to turn Bangladesh into a golden one. His first major initiative at this stage was to give the nation a constitution. The constitution which was written in 1972 following the order of Bangabandhu and having democracy, economic socialism, secularism and Bengali nationalism as the four core principles is a unique milestone in the history of Bangladesh.

Soon after independence, Bangabandhu initiated the nationalisation of mills, banks, insurance, financial institutions to strengthen the economic foundation of the country. He established state-owned Sonali, Janata, Agrani, Rupali, Pubali, and Uttara Banks by integrating the banks of Pakistan era. To ensure that farmers did not have any difficulty in getting loans, he established the Bangladesh Krishi bank and expanded its branches to the rural areas. He created a specialised industrial bank to develop and create employment in the economy through greater investment in the industrial sector. During this time, the establishment of small and cottage industries was given the utmost importance by Bangabandhu. As part of this, BSCIC was established in 1974.

With a view to establishing Sonar Bangla, the government of Bangabandhu Sheikh Mujibur Rahman gave the highest priority on poverty alleviation in the first national budget. The budget was designed to put the annual development programme (ADP) in a way that would increase the credibility of local administration. Bangabandhu had started taking steps to eliminate poverty by implementing five year plans. Bangladesh Rural Development Board (BRDB) was formed on his orders. The establishment of BRAC was also approved in 1972.

In addition to the establishment of various financial institutions, Bangabandhu Sheikh Mujibur Rahman also played an outstanding role in the development of the country's infrastructure. Almost all the bridges and culverts across the country were destroyed during the war. After independence, the government initiated their reconstruction as well as the construction of many new ones. The Meghna Bridge and the Kanchpur Bridge were built during Bangabandhu’s rule. He also planned to construct the largest bridge of the country on Jamuna which he could not implement himself but has later been constructed in reverence of his dream.

Bangabandhu also took various initiatives to enrich the fuel and energy sector. Oil, Gas and Mineral Resources Corporation (currently Petrobangla) was established. The government took ownership of five large gas fields from their foreign owners. The search for oil, gas and mineral resources began by dividing the entire country into eight blocks. Besides, the largest thermal power station was established at Ghorashal.

The new country’s sovereignty was not ruled out by Bangabandhu. His government formed the BDR and ensured border security. To further enhancement of the practice of democracy, the voter age limit was reduced to 18 years. That is, Bangabandhu worked tirelessly to give the newly independent country Bangladesh a solid ground to stand up firmly. Bangabandhu cherished the boundless dream of developing his war-torn country into ‘Shonar Bangla’ in his heart. Butto our great misfortune, he did not have enough time to make his dream come true. He was not given the time required to build an edifice of prosperity on ruins during the post-war period. Alas! On 15 August 1975, he was brutally killed along with his family members by a band of derailed members of the Army. What a cruel irony of destiny! He had to receive bullets from the killer’s cruel gun deep into his heart instead of love and gratitude what he had done for Bengal and Bengalis. Yet we cherish the belief that themurderers could not kill Bangabandhu’s spirit, profound personality and his legacy, which are continuing through the auspicious personality and leadership of his worthy daughter, honourable Prime Minister Jononetree Sheikh Hasina.

The writer is a Professor of English and Pro-Vice-Chancellor of Islamic University, Kushtia