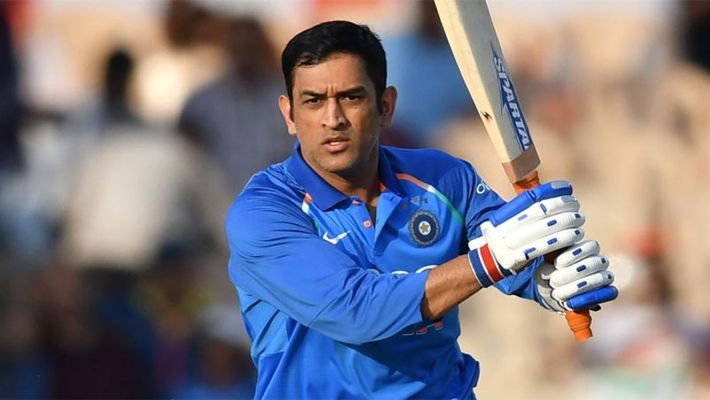 Dhoni, who had retired from Test cricket at the end of 2014, last played for India in an international match in the semi-final loss to New Zealand in the recently concluded ICC World Cup.

The announcement came in trademark Dhoni style as he informed his fans about his decision on social media.

Dhoni’s first big impact in international cricket was in an ODI against arch rivals Pakistan, as he made mincemeat of the neighbours’ bowling attack and bludgeoned his way to 148 at Vizag, after getting promoted to No 3 in the batting line-up. But the moment of truth arrived in 2007 as Dhoni led a bunch of youngsters to the maiden WT20 title in South Africa, after a nail-biting final against Pakistan.

His quicksilver thinking as captain in limited overs cricket caught everyone’s eye and Dhoni was handed over Test captaincy after Anil Kumble called time on his career. A golden period of dominance at home ensured Dhoni led India to the number 1 ranking in the longest format for the first time.

Soon the ICC World Cup arrived and India were among the favourites. Crucial players performed to their best and Dhoni led a hungry bunch with great astuteness. He then produced the act that would come to define his era of cricket as he hit the winning 6 against Sri Lanka in the final at Wankhede Stadium to end India 28-year long wait to win their second global title. Dhoni’s unbeaten knock of 91 is one of the finest in high pressure chases that ODI cricket has ever seen.

India and Dhoni’s fortunes plummetted soon after as the team started losing away from home in Test cricket. Disastrous tours of England and Australia were followed by a loss to the Three Lions in their own den and critics started asking for Dhoni’s head. But Mahi bounced back in way only he can as he led India to triumph in the 2013 ICC Champions Trophy, hence becoming the only captain to win all three top ICC prizes. He almost won a second WT20 in 2014, but Sri Lanka pipped the ‘Men in Blue’ to the post in the final.

Disappointment through continued in the longer format as India lost in England and Australia yet again. Dhoni decided it was time to hand over the reins in Test cricket to Virat Kohli and announced his retirement after the third Test against Australia in Melbourne.

With the burden of playing all three formats now gone, a rejuvenated Dhoni led India in the 2015 ICC World Cup and took to the defending champions to the semi-finals, before Australia ousted them. The WT20 was hosted in India for the first time in 2016 and this was a great chance for Dhoni to win more silverware. A spirited Windies side though ended India’s campaign in the semis.

Dhoni’s struggles as a middle-order batsman were now coming to the fore as he failed to finish matches for India with his big hitting powers on wane. Dhoni handed the limited overs captaincy to Kohli at the beginning of 2017 and remained an integral part of the team, guiding the young captain whenever needed.

2018 saw Dhoni hit a lean spell with the bat but the seasoned campaigner roared back in form with match winning contributions during the ODI series in Australia, which saw him win the ‘Man of the series award’. The former captain though faced scrutiny yet again as he failed to get a move on in crucial situations during India’s ICC World Cup 2019 campaign. In his last match, the semi-final loss against New Zealand, Dhoni was guiding India’s fightback but was run out at a crucial moment as the curtains came down on yet another promising campaign.

He ends his ODI career with 10,773 runs, scored at an average of 50.57 in 350 matches. He has 10 centuries and 73 half-centuries to his name. Dhoni also represented India in 90 Test matches and 98 T20Is. He still remains India’s most successful captain across all formats in terms of matches won.