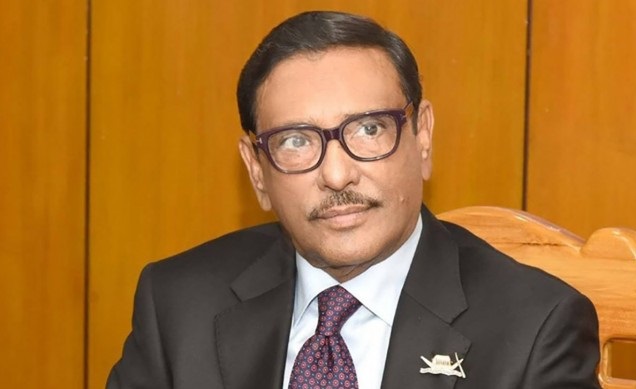 “Plotters of sequential conspiracies are still continuing their evil attempts against the country’s development. The extreme communal forces are finding chances to destroy the country’s peace and progress,” he told a discussion and doa mahfil arranged by Dhaka South City Corporation, on the eve of the National Mourning Day.

Quader, also minister for road transport and bridges, joined the discussion held at the Nagar Bhaban near Gulistan through video conferencing.

He said the evil forces do not want the country’s peace and prosperity as they are suffering from jealousy witnessing the country’s unprecedented development under the dynamic leadership of Prime Minister Sheikh Hasina.

The AL general secretary said the conspirators want to divert the country to Pakistani ideology having a soil of bloodbath conflicts.

“As long as Deshratna Sheikh Hasina remains in power, the country must continue its journey towards progress and prosperity. We would have to make our united efforts to strengthen the hands of Prime Minister Sheikh Hasina,” he said.