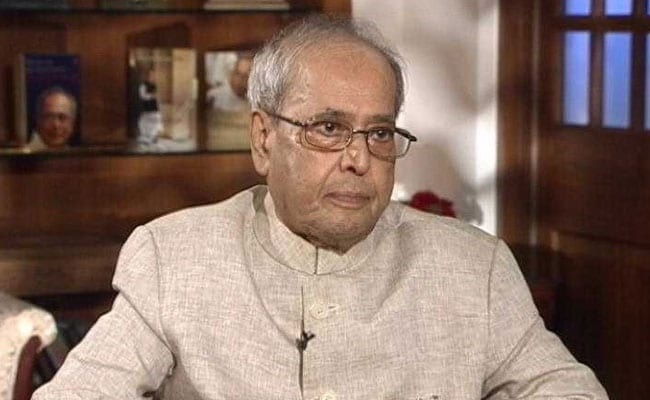 Former Indian President Pranab Mukherjee's health continues to remain critical and his condition has "worsened", the Army Hospital in Delhi said in its bulletin on Tuesday evening.

The 84-year-old had tested positive for coronavirus when he went to the hospital on Monday (yesterday) for another procedure. Later, he underwent a brain surgery for the removal of a clot.

"The former President who underwent lifesaving emergency surgery for brain clot on 10 August 2020 has not shown any improvement and his health status has worsened. He remains on ventilatory support," the army hospital said in a statement this evening.

The former President, who was in office from 2012 to 2017, had tweeted yesterday before the surgery, asking all who came in contact with him to self-isolate and get a coronavirus test.

"On a visit to the hospital for a separate procedure, I have tested positive for COVID19 today. I request the people who came in contact with me in the last week, to please self-isolate and get tested for COVID-19," his tweet read.

"Citizen Mukherjee", as the former president calls himself, has been forthcoming with his inputs and advice even after leaving the nation's topmost office.

Following the clash between Indian and Chinese troops at Ladakh's Galwan in June, he said the soul of the nation was "bruised" by the event. He also made it clear that the entire political class should respond to the event, though the onus lies mostly on the government.

The government should also explore all avenues to avoid repetition of such events in future, said Mr Mukhejee, who was known for making his views clear without overstepping the Presidential boundaries.

Through his long career in politics and public life, Mr Mukherjee has received numerous awards, including the country's highest civilian award - the Bharat Ratna - in 2019.  He also won the Best Parliamentarian Award in 1997 and the Best Administrator in India Award in 2011.