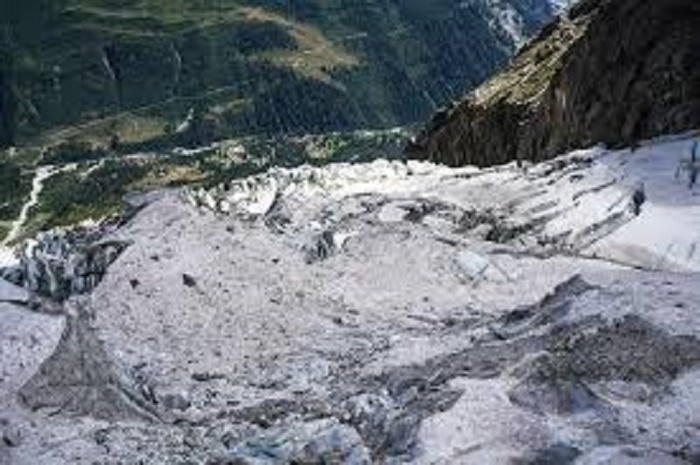 An Italian Alpine resort on Sunday lifted a state of alert declared last week over fears that a chunk of glacier on the Mont Blanc mountain range might crash down on them.

Around 15 people who were evacuated can now return to their homes in Courmayeur and traffic in the Cap Ferret valley is permitted again, said a statement from town officials.

Climate change has been increasingly melting the world’s glaciers, creating a new danger for the town of Courmayeur, a resort community in Italy’s Aosta Valley region, near the French border.

The town was put on high alert on Wednesday as a block of ice estimated at about 500,000 cubic metres — the size of the Milan cathedral, one official said — from the Planpincieux glacier risked falling and threatening homes.

But on Sunday, town officials announced that all security measures had been lifted.

Some locals were dismissive of the closure, and said it further hit a tourism season already affected by the coronavirus measures.

But the mayor’s office said again on Sunday: “The evacuation was necessary and inevitable because of the glacier risk.”

While regretting what it said was the alarmist tone of some news coverage, officials insisted that the threat to the town had been real.

During a recent helicopter flypast, an AFP reporter saw a gaping chasm on the lower part of the Planpincieux, from which two cascades of water flowed towards the valley, as it hung from the mountainside like a gigantic block of grey polystyrene.

In September and October last year, the Planpincieux glacier also threatened a partial collapse, after which extra surveillance measures were put in place.

A study last year by Swiss scientists found that Alpine glaciers could shrink between 65 and 90 percent this century, depending on how effectively the world can curb greenhouse gas emissions.