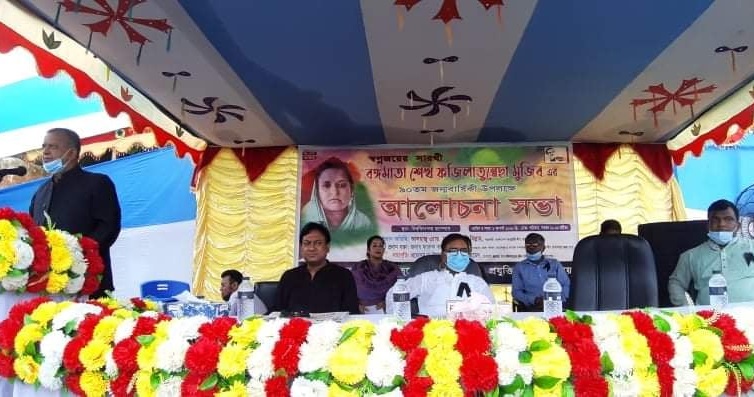 Connected through online, Vice-Chancellor Prof Dr. Syed Samsuddin Ahmed in his speech focused on the characteristics of dutifulness, foresightedness, patience and humanity of Bangamata’s life.

He also mentioned that without her sacrifice and contribution, huge achievement would not have been possible for Bangabandhu Sheikh Mujibur Rahman.

Born on August 8 in 1930 at Tungipara village in Gopalganj, she was killed brutally by the assassins of Father of the Nation on August 15 in 1975.