No benefit in spreading rumors against govt: Quader 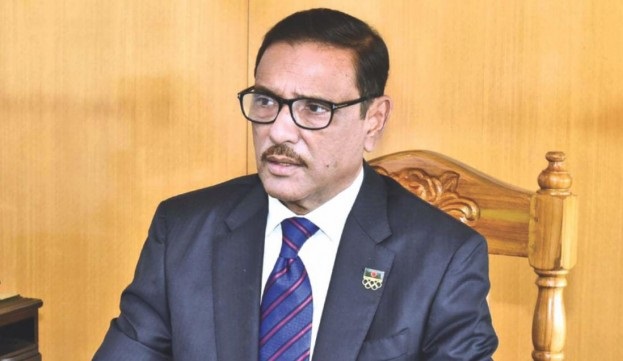 Road Transport and Bridges Minister Obaidul Quader said on Friday an evil force is out to spread rumors and propaganda on various issues against the government but there would have no benefit in doing so as the government has a very strong footing on this soil.

“Some people are making evil attempts to incite the two forces centering the tragic death of the ex-army officer. The people remain conscious about the issue,” he said.

Quader, also Awami League general secretary, said some people are daydreaming to oust the government by creating issues over such incidents but there would be no benefit in spreading propaganda as the Prime Minister Sheikh Hasina’s government has a deep-rooted footing on this soil.

He was addressing a view-exchange meeting with officials of Khulna road zone, BRTA and BRTC at the Roads and Highways Department here, joining it as part of regular discussions from his official residence through videoconferencing.

The minister said legal procedure has already begun over the death of the incident retired army officer as the government is very sincere to this end.

He urged all concerned to remain alert to stop the spread of rumors on social media at home and abroad for the sake of uncovering the truth through proper investigation.

The minister said Sheikh Hasina’s government will not allow anyone to create issues over such incidents rather it will take immediate action to resolve the matter.