Violence has reduced considerably in Kashmir: Activist from Valley in London webinar a year after scrapping Article 370 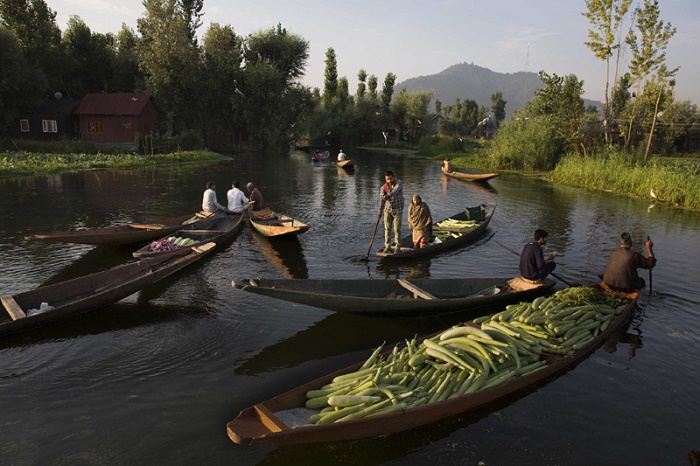 Kashmiri activist Javaid Trali has said he feels violence has considerably reduced in the Valley ever since the Indian government scrapped Article 370 which had given special status to Jammu and Kashmir.

"Violence has considerably gone down when we compare it with the years in the past," Trali said while participating in a webinar organized under the University Dialogues series hosted by Democracy News Live with a panel of international experts on Asian security.

"We look forward to some positive movement to the situation here," he said, adding that the Indian government must now start the political process.

Trali said the government should now start the political process soon in the Valley.

Satoru Nagao, Fellow Hudson Institute, said restoring peace in Kashmir (like India's Northeast)  is an important issue because the improvement of infrastructure can only happen then, and a country like Japan can help.

The webinar was held to mark the situation emerging in the past one year following the scrapping of Article 370 in Jammu and Kashmir by the Indian government.

Titled “Cogitating Kashmir: Towards representation, inclusive international consensus”, the panel discussed the prevailing domestic and international trends marking one year of New Delhi’s abrogation of Article 370 of the Indian Constitution.

The major themes discussed were growing international consensus over recognizing Kashmir as India’s internal political matter, ideas to strengthen grassroots democracy and brainstorming ideas to make Jammu and Kashmir as a global investment destination, all aimed at making efforts to stabilize the region for perpetuity.

The panel was unanimous in its view that the past two decades saw a growing acceptance of New Delhi’s Kashmir policy, besides being a key partner in the global quest for a rules-based order.

The regional challenges notwithstanding, it was acknowledged that New Delhi’s blueprint to transform Jammu and Kashmir’s politic-economic situation needs to be encouraged.

Meanwhile, Wednesday marked the first anniversary of the Narendra Modi government's decision to scrap Article 370 in Jammu and Kashmir which gave the region special status.

On Aug  5 last year, the Narendra Modi-led NDA government scrapped Article 370 and 35A that accorded the special status to the state.

The state of Jammu and Kashmir was acceded to India through the instrument of accession in 1947, under which special status was granted by New Delhi to Jammu and Kashmir, under Article 370.

Article 370 had allowed Jammu and Kashmir to have its own constitution, flag and right to handle its own laws except on matters that impact national security.

The Modi government also scrapped Article 35A, which had allowed the Jammu and Kashmir state's legislature to define “permanent residents” of the state and also provided special rights and privileges to those permanent residents, through the presidential order.