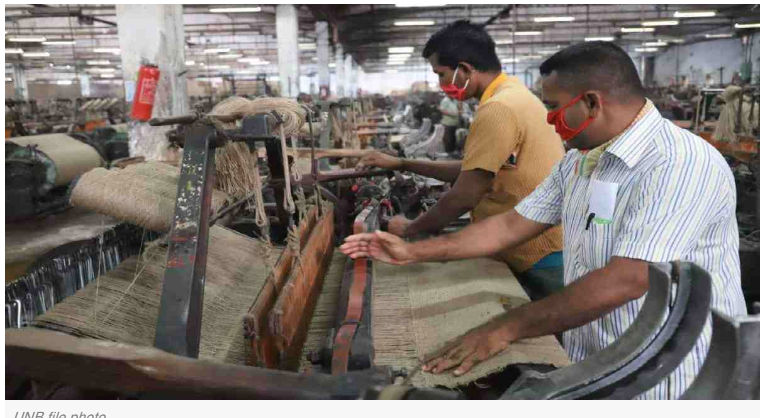 The government is working to diversify the use of jute and boost its production by taking effective steps to reform the sector eyeing global market, said Textiles and Jute Secretary Lokman Hossain Miah on Tuesday.

“The jute sector is being overhauled. The present government has taken effective measures to modernise this sector considering the demand of the international market. Bangladesh is working to diversify the use of environment-friendly jute as well as increase the production, market and use the high value added jute goods,” he said.

The Secretary said this when newly appointed Bangladeshi Ambassador to Uzbekistan Md Jahangir Alam met him at the conference room of the ministry, said a handout.

He said it has already been possible to open up a new horizon in the jute sector by producing ‘charcoal' from jute sticks, composite jute textiles, jute leaf drink, jute geotextiles and ‘golden bags', alternative to polythene bag.

In the context of the environmental catastrophe caused by the overuse of polythene and plastics, there is a growing global interest in and consensus over the use of natural fibers as an alternative, he added.

The Secretary urged the Ambassador to work for reviving the glory of jute in the world.

It was informed that some 700 entrepreneurs are producing 282 types of eye-catching jute goods and most of which are being exported to various countries.