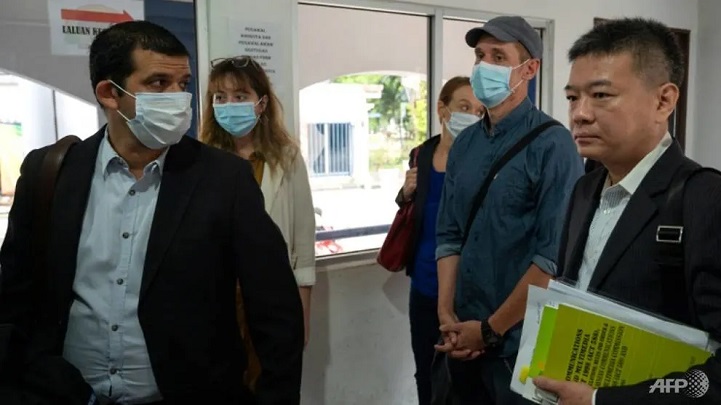 Malaysian police Tuesday raided Al Jazeera's Kuala Lumpur office and seized computers as part of an investigation into a documentary about migrants that has angered the government, the broadcaster said.

Authorities launched the probe into the Qatar-based broadcaster's programme last month, adding to concerns about worsening media freedom in Malaysia.

The documentary -- "Locked Up in Malaysia's Lockdown" -- looked at the detention of undocumented foreigners when strict coronavirus curbs were in place, as well as the plight of other migrants.

The broadcaster confirmed the raid in a statement and said two computers were seized.

"Conducting a raid on our office and seizing computers is a troubling escalation in the authorities' crackdown on media freedom," said Giles Trendle, managing director of Al Jazeera English.

"Al Jazeera calls upon the Malaysian authorities to cease this criminal investigation into our journalists."

The government has slammed the programme as misleading and inaccurate, and police are investigating the broadcaster for breaking laws against sedition, defamation and transmitting offensive content.

Seven Al Jazeera journalists, including five Australians, were called in for questioning last month while a Bangladeshi migrant worker interviewed in the programme has been arrested.

Police have insisted the investigation will be fair, and the journalists are being questioned as witnesses rather than suspects.

Authorities insist the arrests in May of undocumented migrants were necessary to protect the public, although rights groups raised concerns that placing them in detention centres could increase the risk of coronavirus infection.

Malaysia is home to large numbers of migrants from poorer countries -- including Indonesia, Bangladesh and Myanmar -- who work in industries ranging from manufacturing to agriculture.

Concerns about a worsening climate for the media have been growing since a scandal-plagued party seized power as part of a coalition earlier this year.

Leading independent news portal Malaysiakini has also been taken to court for alleged contempt over readers' comments on its site critical of the judiciary.