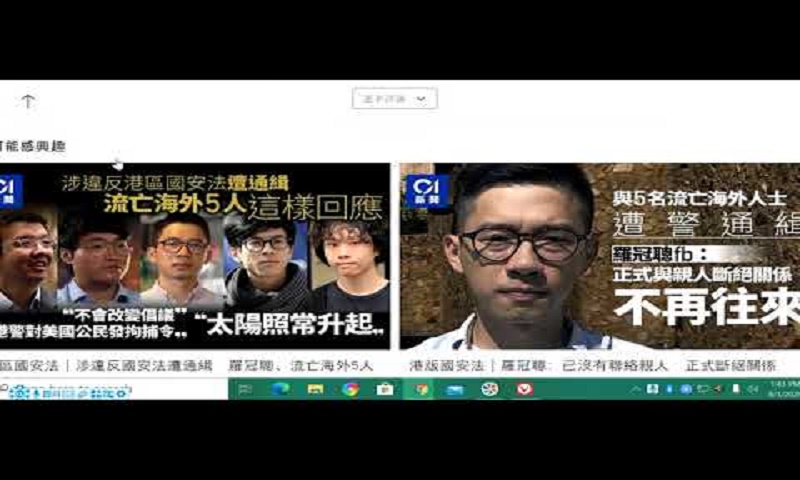 Police in Hong Kong are seeking the arrest of six living in exile in Western countries, including the UK, media reports say.

They are wanted on suspicion of violating a new security law imposed in Hong Kong by Beijing, Chinese state TV reported, calling them "troublemakers".

The development comes after legislative elections scheduled for September were delayed for a year by Hong Kong's government on Friday.

It said the move was necessary because of a spike in Covid-19 infections, but the opposition accused it of using the pandemic as a pretext.

Pro-democracy politicians had hoped to capitalise on anger in the Chinese territory about the new security law to win a majority in the Legislative Council (LegCo).