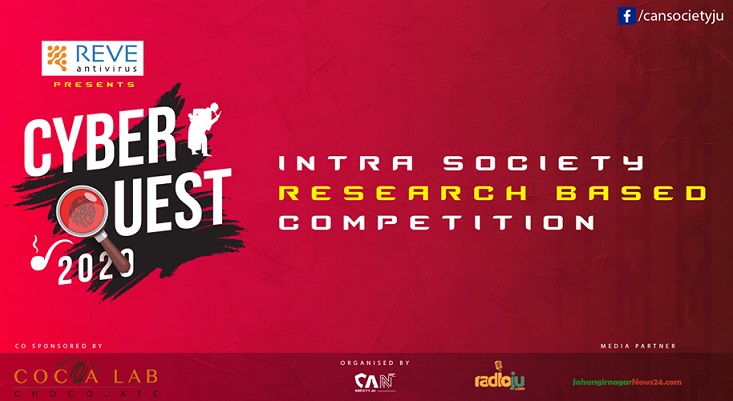 The Cyber Crime Awareness and Networking Society (CAN Society) of Jahangirnagr University (JU) has organized a research-based competition to increase the cyber security involving knowledge among the students.

About 22 teams consisting of 66 students of both first and second year of the university participated the competition.

Founder of CAN Society Md. Shariare Islam handed over the awards among the winners of the competition at the grand finale held on July 27.

Speaking about the aim of organizing the competition, founder president of the organization Md. Shariare Islam said, “CAN Society has arranged an online research competition based on the present State of cyber-crime of Bangladesh to create awareness about cyber security. It also helps the people to maximize their data security by finding the solution to mitigate cyber-crime in our country. We believe, awareness is the first step to mitigate the risk of cyber-crime.”