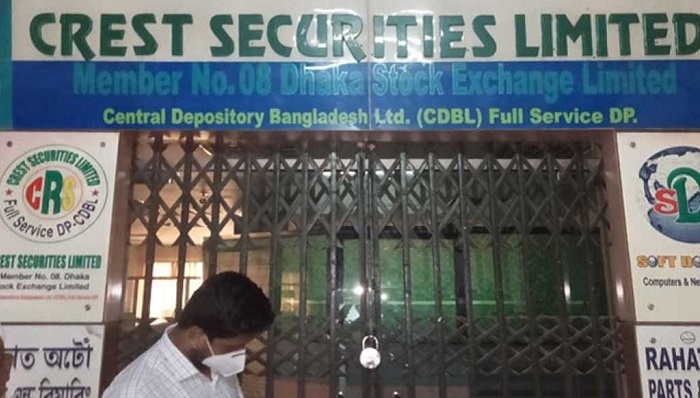 Detective Branch (DB) of Dhaka Metropolitan Police (DMP) has arrested Crest Securities’ “fugitive” director Oahiduzzaman, who had been in hiding since being accused of embezzling shares and money of stock investors.

The investors in the Crest Securities filed the case over embezzling shares and money of stock investors, he said, adding Oahiduzzaman had been in hiding since being accused in the case.

Steps will be taken against Oahiduzzaman as per the law after interrogation, the police official said.

On July 6, police arrested Crest Securities’ Managing Director Md Shahid Ullah, his wife Nipa Sultana and two others, over embezzling of shares and money of stock investors through his brokerage houses.