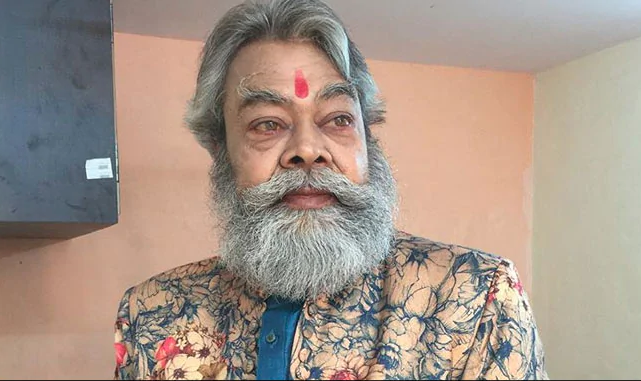 Television actor Anupam Shyam, who is best-known for playing the role of Thakur Sajjan Singh in the show Mann Kee Awaaz Pratigya, is in the ICU (Intensive Care Unit) of Mumbai's Lifeline Hospital for dialysis, reported news agency PTI. The family of the 62-year-old actor, who has worked in several popular TV serials and movies, asked his friends from the entertainment industry to provide financial help for his treatment, reported PTI.

Anupam Shyam's family has sought financial aid from Salman Khan's NGO Being Human, reported PTI, adding that the family has also received a call from Manoj Bajpayee, with whom the senior actor has worked in the 1998 film Satya. "He could not get a good treatment due to financial crisis. I have informed his friends about his health and also reached out to Being Human through their website. I even got a call from Manoj Bajpayee, who said he will look into the matter," the actor's brother told PTI.

Anupam Shyam is known for playing villainous roles in film and TV serials. He rose to popularity for playing the role of conservative patriarch Thakur Sajjan Singh in Mann Kee Awaaz Pratigya, which aired in 2009 on Star Plus. His other television shows include Kyunki...Jeena Issi Ka Naam Hai, Amaravathi Ki Kathaye, Hum Ne Li Hai Shapath and Doli Armaano Ki, to name a few.

The actor has featured in movies such as Dastak, Dushman, Zakhm, Kachche Dhaage, Paap, Hazaaron Khwaishein Aisi, Golmaal, Halla Bol and Wanted, among many others. He has also worked in several critically acclaimed films like Parzania, Bandit Queen, Lagaan, Dil Se, Nayak: The Real Hero, as well as in the Oscar-winning film Slumdog Millionaire.

His was last seen in the show Krishna Chali London, which ended last month.

Earlier, TV actor Ashiesh Roy had made an appeal on his social media account asking for financial aid for his dialysis. After he shared posts on Facebook from a hospital, where he was being treated, filmmaker Hansal Mehta provided financial help to him.