Abul Kalam should be put on trial: BNP 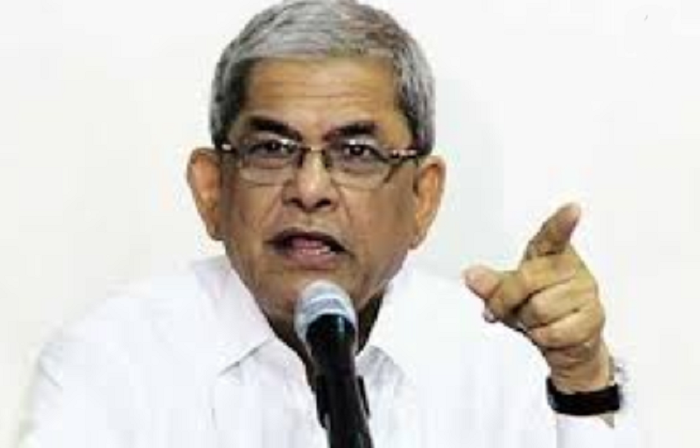 BNP on Thursday demanded the government put Prof Abul Kalam Azad, who resigned from the post of the Director General (DG) of the Directorate General of Health Services (DGHS), on trial for his alleged irregularities in the health sector.

“The DG of the Health Directorate has resigned. In fact, he should have been fired,” he said.

The BNP leader said, “We think the resignation of the DG is not enough as he should be brought to justice. At the same time, the Health Minister also should step down."

He said the government is responsible for giving people wrong information about corona tests and the misdeeds by the health DG and others. “We think the demand for the health minister’s resignation is a justified one.”

Referring to media reports on graft in the health sector, Fakhrul said the licnses of most Covid hospitals have expired but those are still in operation.

“Corruption has begun with the beginning of the corona outbreak through the procurement of health safety gears like masks, PPEs and medicines. It seems corona has come as a blessing for some corrupt people backed by the government,” he observed.

The BNP leader said the government cannot evade the responsibility of the extreme corruption in procuring health safety materials. “Mismanagement in the health sector is an unforgivable crime at a time when the whole nation is deeply concerned about the corona pandemic and when thousands of people are being infected with the virus every day. The government has to bear the responsibility for corruption in the health sector.”

He questioned as to how the government allowed Regent Hospital to conduct corona tests and provide corona treatment when it has no valid license. “The Health Minister himself, some secretaries, including the Health Secretary, and the DGHS DG were present when deal with Regent Hospital was singed. No one can justify the minister’s presence at that signing ceremony.”

Fakhrul also alleged that a drama in the name of the arrest of Regent Hospital owner Shahed Karim alias Shahed was staged by the government as he had good connections with the ruling party leaders.

He said the coronavirus situation has turned deadly in the country due to the government’s wrong decision and lack of coordination and effective steps.

Fakhrul claimed that their party and its leaders and activists have continued relief activities with their limited ability since the beginning of the corona outbreak to assuage public sufferings.

He said their party and its leaders have so far distributed relief materials among 58,57,280 families across the country.