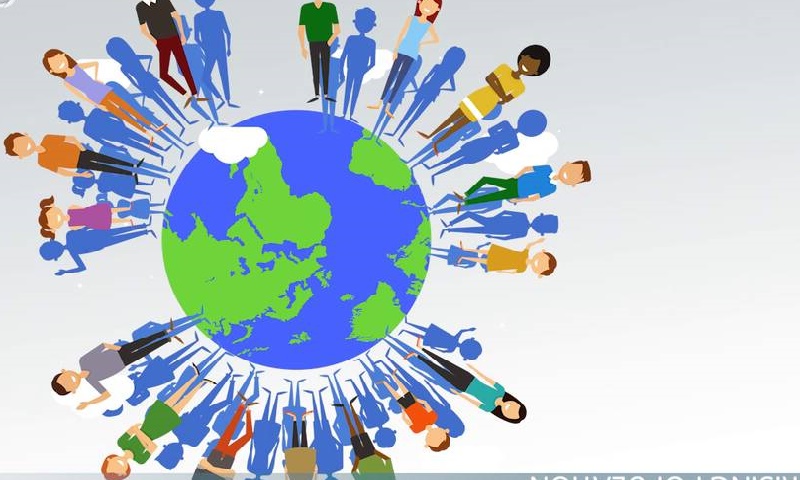 Historically, population issue first received attention long before the independence. Mainly non-government organisation(s) worked for the promotion of family planning in the 1950s, but population issues got formal attention in independent Bangladesh in the First Five Year Plan that envisioned the integration of family planning and health services. In 1976, the government approved an outline of national population policy, which focused on population and family planning programme as integral components of national development and social reformation programmes. Yet, the first ever formal population policy was developed and approved afterward in 2004. This earlier policy was later modified and re-adopted in 2012. The current policy — Bangladesh Population Policy 2012 — that is more inclusive is widely rendered as a time-worthy, but it has many limitations.

First of all, the policy lacks a convincing vision. In my view, vision of any policy should ideally be to contribute to the development of a given country or society that facilitates the realisation of optimum human development potentials of everyone. Planned (socio-economic) development and control of population will surely contribute to the realisation of such a vision, but the policy envisions for a healthier, happier and wealthier Bangladesh as an end-in-itself only, though it is both an end and a means of further end(s) — human development. Indeed, human development and the progression of a state have bi-directional relations, one affecting the other. Such a shift in vision can subsequently lead to the identification of explicit and implicit policies more facilitative to overall development.

Secondly, the current policy identifies objectives for the realisation of the vision reflecting narrower version — instead of broader one — of demographic issues. Indeed, population policies narrowly target fertility and mortality, whereas broadly take account of some other aspects too such as distribution over the country, demographic ageing and internal and external migration — or demographically, in-migration and out-migration. Despite the fact that the targets of the current policy are broader than the earlier one, it mostly focuses on fertility control for stabilising population and reducing mortality. Although the policy somewhat discourages rural to urban migration, it does not include adequate strategic steps to deal with internal migration broadly. Furthermore, it does not take account of spatial distribution, population ageing and international migration issues.

Obviously, a large number of Bangladeshis, mostly semi-skilled and unskilled, migrate to Europe, America, Middle East and other regions of the world. Also, Bangladesh is increasingly experiencing demographic ageing, which is usually more common in developed nations than developing or less developed ones, by reason of socio-economic advancements, improvements in health services, reduction of maternal and child mortality, increased life expectancy at birth and many others. Now elderly people comprise of around eight percent of the total population. By reason of limited scope, an important question remains whether the policy can adequately address varied population problems in broader sense reflecting both quantity and quality and, as envisioned, contribute to the development of the society.

Thirdly, perspectives given to achieve main demographic goals and objectives of the policy such as lowering the total fertility rate (TFR) to 2.1 by 2015 and the reduction of mortality are no adequate at all. Of course, the present policy focuses with a good mixture of some overlapping perspectives such as reproductive health approach, advancement of women approach, adolescent rights approach and human rights approach. To me, a varying combination of all these approaches are needed for materialising the anti-natalist policy of the country and dealing with some other crucial population goals. But the policy does not give sufficient emphasis on overall developmentalist view, without which it is not possible to sustainably address broader demographic problems and improve societal conditions of a range of groups or individuals — from rural to urban areas.

Undeniably, development is rendered as the best contraceptive. Even if some development indicators, especially education, employment generation, development of human resources, environmental aspect, etc., are considered in the policy, it does not grasp the meaning of development from holistic viewpoint that includes a range of societal indicators — economic, social, political, environmental, cultural and some others — aiming at securing wellbeing of each person of a society. In my view, employment of holistic development approach to population policy can result in informed and voluntary decision-making in a rational manner at family situations and setting enabling societal conditions needed for the achievement of diverse population goals and, simultaneously, wellbeing of all including children, adolescents, youths, women and elderly population that can have rippling effects.

Fourthly, any policy should address causes and effects of relevant problems. But socio-cultural causes of different population issues including fertility, maternal and child mortality, and (spatial) distribution are not well addressed. Indeed, the policy has not focused on dowry, divorce, climate change, etc. In addition, there is inadequate attention to the mitigation of effects of population ageing that requires several efforts including increased age at retirement, social security programs for elderly and family care. Obviously, the mitigation of socio-economic implications of international migration — especially returnees to Bangladesh — is very imperative and relevant at present, but the undeniable fact is that the current policy has not put any emphasis on this important aspect too.

Obviously, re-formulation is needed for making the current policy genuinely visionary and realistic from broader sense. In this respect, all the above noted observations need to be well-addressed and incorporated. In addition, (re)harmonisation of the national population with some other related policies and sub-policies including national migration policy and human resource development policy is very crucial. In fact, population policy in association with some other sub-policies and well-harmonised related policies can result in significant impacts. Since the field of population is much broader than fertility control, attention should also be increasingly given to other population issues with the reflection of broader human development approach for a genuinely better Bangladesh.

The writer is a researcher and writes on diverse issues.