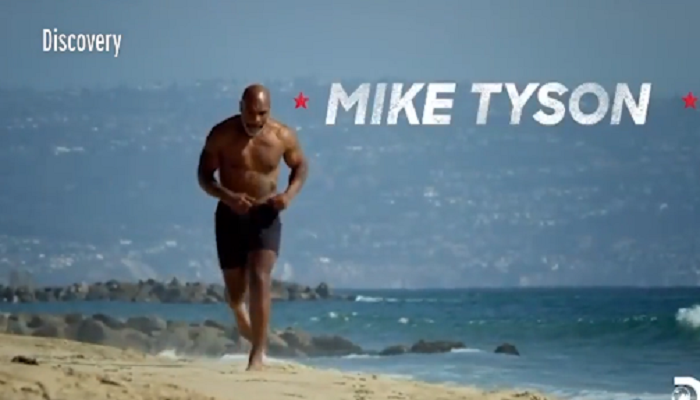 Mike Tyson will engage in an incredible man vs beast challenge against a great white shark.

It runs for seven days on the Discovery Channel and has previously featured Olympian Michael Phelps racing a shark.

And now Tyson will take on one of the most notorious predators in the animal kingdom, although it is not yet confirmed how he will do so.

The 54-year-old will take on the shark underwater, although it was stressed that no animals were harmed.

Iron Mike is currently preparing to re-enter the ring despite not having a professional fight since 2005.
There is plenty of talk about who the former undisputed champion would take on with several names banded around.

Former rivals Evander Holyfield and Riddick Bowe have both been touted as potential opponents.

And coming face-to-face with a shark is all part of the build up.

Tyson said: “I took on this challenger to overcome fears I still deal with in life.
“I equate this with overcoming my fear of getting back into the ring at 54 years old.

"I learned from this experience doing Shark Week that whatever intimidates me I am still able to step up to the challenge of overcoming anything that would prevent me from accomplishing my life’s mission of reaching my highest potential in life and bringing me closer to God.”